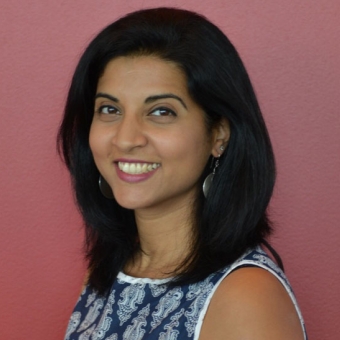 Prior to joining UNSW, Monika led a two-year research project funded by the MacArthur Foundation on ‘Food Security in Asia: Strategic risks and mitigation’ at the Centre for International Security Studies (CISS), University of Sydney. She was awarded her PhD by Royal Holloway College, University of London and holds an MScEcon in Security Studies from Aberystwyth University. She also has a Master’s in International Journalism from Cardiff University, and has worked as a Broadcast Journalist for the BBC World Service Radio in London for several years.

Monika is the author of Food Security in Asia: Challenges, Policies and Implications  (IISS and Routledge, 2014) and Understanding Security Practices in South Asia: Securitisation Theory and the role of non-state actors (Routledge, 2012). She is also a Director of the School of Policy and Governance (SPG), India and a South Asian Studies Association of Australia (SASAA) committee member.

Dean's Award for Achievements by an Early Career Researcher, 2016