A new study into the prevalence of homelessness in ex-serving men and women calls for urgent policy attention and improved services.
Kay Harrison | UNSW Newsroom 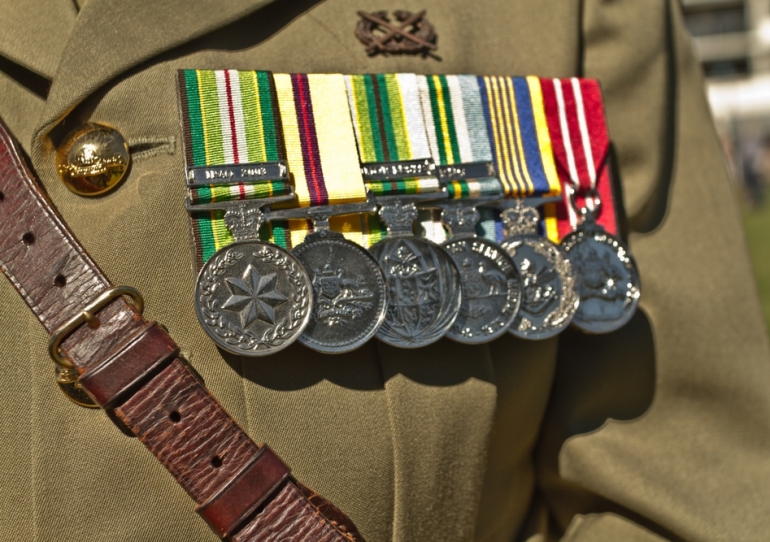 A much larger number of Australian veterans are homeless than previously estimated, according to new national research published today in the Australian Journal of Social Issues. About 5,800 ex-serving men and women are homeless in a 12-month period, a rate significantly higher than for all Australians.

The AHURI Inquiry into Homelessness Amongst Australian Veterans, funded by the Department of Veterans’ Affairs, offers the first-ever estimate of veteran homelessness based on primary data and the first accurate baseline to track changes in the rate over time. The information is vital for service planning.

The inquiry, conducted by researchers from the Social Policy Research Centre (SPRC) at UNSW Sydney and the Centre for Traumatic Stress Studies at the University of Adelaide from 2016-2019, was commissioned in response to concern about the limited evidence available to inform policy development.

The report calls out the critical need for government to commit to further research and service policy reform to address homeless veterans’ needs.

“While international research has shown that veterans are at a greater risk of homelessness in comparison to the general population, the extent of the problem in Australia has not been known until the completion of our research,” says co-author Dr Fiona Hilferty from UNSW’s SPRC.

“This has prevented definitive service planning, with veterans not recognised as a priority cohort within national homelessness policy. The findings of our research point to the urgent need for veterans to receive priority attention from policymakers and housing organisations.”

As well as estimating the number of veterans living without a home, the research also examines veterans’ pathways into homelessness. The ways in which aspects of military service contribute to homelessness are difficult to isolate, Dr Hilferty says. Ex-serving men and women who are homeless report similar risk factors to the general population, including mental illness, substance abuse and poverty.

“However, our research also identified a number of unique factors that increase the risk of becoming homeless for veterans. These risks include relationship breakdown, being medically discharged from the Australian Defence Force, and being unemployed for more than three months following the transition from military service.”

The report also looks at service usage patterns to monitor the efficacy of and opportunities for improvement in service implementation. It found that while mainstream homelessness services may be able to address the needs of those experiencing short-term or transitional homelessness who seek help, chronically homeless veterans require a specific policy and service response focused around the provision of permanent and supported housing.

“Gaining a suitable home provides opportunities to address the problems that sustain chronic homelessness such as mental illness and substance abuse issues,” says another co-author of the paper, Professor Ilan Katz from SPRC.

The research, with its prevalence estimate, will allow for targeted service planning to occur in Australia.

“At present, we do not know whether veteran homelessness is increasing or decreasing,” Prof. Katz says. “Homeless people are amongst the hardest population group from whom to collect data.

“Additionally, our research has revealed that older Australian veterans go to great efforts to isolate themselves from family, and live in a manner that avoids authorities and attention.”

Further research and a genuine commitment to social services reform is required if we hope to address the issues contributing to veteran homelessness.

“These findings are an important first step in understanding veteran homelessness in Australia, but further research is needed to address the critical gap in this field of research,” says Dr Hilferty.

“While our report begins to build the evidence base, very little is known about the geography of veteran homelessness, the effectiveness of current services and the extent of homelessness amongst older Australian veterans. Monitoring veteran homelessness is a task that is worth undertaking only if policy and service reforms are fully resourced and implemented.”

The research discussed in this article provides the basis for both and highlights the necessity of prompt action.