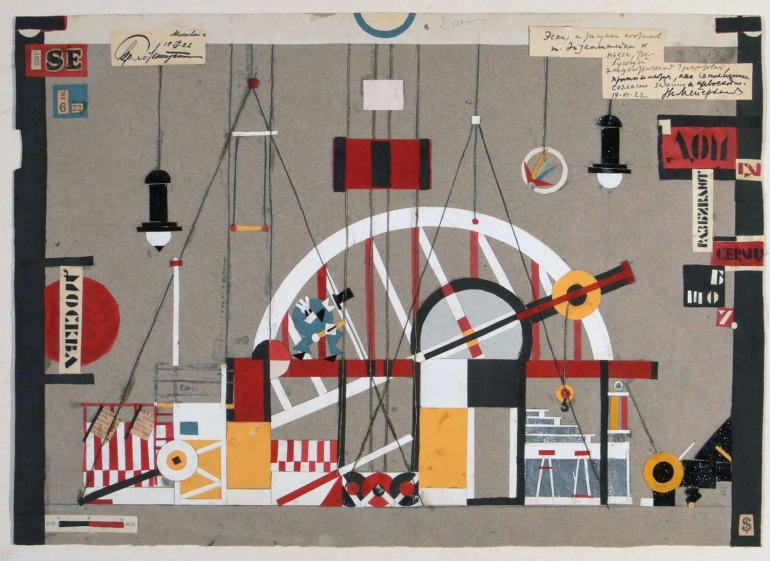 This event has been cancelled and, at this stage, we cannot confirm that it can be rescheduled. We wish to express our best wishes to the community during this challenging time.

– School of the Arts & Media

Cinema has become an increasingly transmedial experience involving different sensory forms of expression and the need to understand how different media interact, on both cognitive, affective levels, has never been greater. The pioneering filmmaker and film theorist Sergei Eisenstein’s work was trying to think through this transmediality as early as the 1920s. This symposium, hosted by UNSW and the Cinematic Thinking Network, brings together scholars whose expertise lies in directly exploring the issue of transmediality in Eisenstein’s thought. Dr Julia Vassilieva’s (Film and Screen Studies, Monash University) will present recent work on Eisenstein, hypnosis and the relations between psychoanalysis and reflex system theory. Professor Joan Neuberger’s (Liberal Arts, University of Texas) new research on immersion and the influence of Chinese landscape painting on the development of Eisenstein’s theory of cinematic composition builds on her earlier research on the deep sources of Eisenstein’s cinematic expression in the context of Stalinist Russia. (Neuberger, 2019). Dr Helen Grace (Gender Studies, University of Sydney) explores the East Asian influences on the development of Eisenstein’s cinematic thought, expanding on the broader network of collaborators, contributing to his theories and practice.

Admission is free. Members of the Cinematic Thinking Network, UNSW and the general public are all welcome.

Robert Webster Building is located mid-way off the UNSW main walkway. Map Reference G14. 327 is located on the third floor. Please note the main entrance off the central walkway is on Level 1.

More information on getting to UNSW.chevron_right