What's On at the Esme

Visit our events calendar for all our public events.

Our much-loved performance spaces, Io Myers Studio and Studio One, have moved to an exciting new home just next door to the previous buildings in the Gate 2 precinct. We’ve established the newly built Esme Timbery Creative Practice Lab where we’ll continue our strong tradition of innovation and creativity. This name refers to both the building and the activities and people within it.

Esme Timbery (b. 1931) is a celebrated Bidjigal artist and Elder from the La Perouse Aboriginal community, the traditional owners of the land on which the UNSW Kensington campus is built. She is renowned for her shellworked Sydney Harbour Bridges.

Aboriginal women from the La Perouse community have been making decorative shellwork items, such as shell-covered boxes and frames, since the 1880s. The work of Queen Emma Timbery, an important Elder and Timbery’s great-grandmother, was exhibited in London in 1910.

Timbery began shellworking as a young child. With her family she made shell-collecting trips and learnt the names of the shells and where and when to find them. She began selling her works to tourists at 'The Loop’ at La Perouse in the 1950s. Timbery held her first exhibition in 1998 and her works have been collected by major national and state galleries. In 2005 she became the inaugural winner of the Parliament of New South Wales Indigenous Art Prize.

Timbery has passed her knowledge onto the next generation who continue the shellwork tradition. Their shellwork tells of an enduring connection to Country and the survival and affirmation of the Bidjigal people.

In 2019, this building was named the Esme Timbery Creative Practice Lab in honour of Esme Timbery, her family and the Bidjigal people

What happens in the Esme... 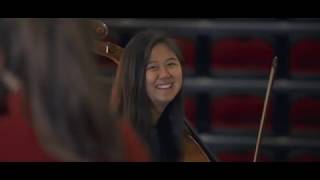