The Silk Roads @ UNSW initiative brings together experts from across UNSW in a program of interdisciplinary projects exploring the ancient and contemporary Silk Roads. The initiative combines research projects with cultural events and teaching activities to establish a full engagement with 2025 pillars. Participants in the group are active in exploring Silk Road transnationalism in:

We are an interdisciplinary, cross-faculty initiative drawing researchers, teachers and practitioners from:

Silk Roads @ UNSW aims to be a platform for developing collaborative grants, innovative teaching and community-facing events that position the university at the forefront of a new global research frontier sparked by major programs such as the PRC’s Belt and Road Initiative and the formation of new multilateral agencies that span Eurasia (such as the Asian Infrastructure Investment Bank; Shanghai Cooperation Organisation).

Silk Roads @ UNSW hosts a series of visiting scholar programs for scholars and students at all stages of their career to bring international and national researchers and teachers into interdisciplinary conversations.

Title: Transoceanic fishers: Multiple Mobilities in and out of the South China Sea

Title: Transoceanic fishers: Multiple Mobilities in and out of the South China Sea
Subsidized, militarized and state-supported fishers of Vietnam and China are at the forefront of the South China Sea dispute. Political scientists and economists have largely assumed that fishers, responding to regulations and incentives, are instruments of their states’ geopolitical agendas. This present-centric approach obscures the actual motivations and modalities of fishers’ expansion of their fishing domains. It also downplays the inter-ethnic networks which connect different fishers beyond state territories and localized fishing grounds in both past and present. Using a combination of ethnography and historiography, this research analyzes how fishers move in and out of legal and illegal, state and non-state categories of fisher, poacher, trader, smuggler, and militia. I argue that these shifting occupational categories are predicated on ethnic networks within and beyond states. They reflect wider interconnections between modern state-supported and technology-driven fisheries with older pre-nation-state patterns of mobility, producing new forms of versatility under the states’ radars.

Edyta Roszko is a social anthropologist and senior researcher at Chr. Michelsen Institute, Norway. Her research interests include religion and politics in Vietnam, maritime 'Silk Roads', and oceans and seas that emerge as social, political and economic arenas. Funded by European Research Council, her current project Transoceanic Fishers: Multiple Mobilities in and out of the South China Sea (TransOcean), expands her geographic field beyond Vietnam and China to include other global regions in Oceania and West and East Africa. Her monograph Fishers, Monks and Cadres: Navigating State, Religion and the South China Sea in Central Vietnam is forthcoming in October 2020 with NIAS Press.

In this talk, I investigate the relative role of universal cognitive factors, language-specific properties and cross-linguistic influence in the spatial language development, i.e., motion event expressions, of children exposed to Uyghur (a Turkic language of central Asia) and Mandarin Chinese successively (around age 3). I show that, although there is clear influence of universal cognitive factors, bilingual children’s developmental trajectories in Uyghur and Mandarin respectively can be most accurately explained with reference to the impact of language-specific properties. Contrary to previous assumptions, structural similarities between languages do not necessarily lead to cross-linguistic influence, especially when there is a trade-off to be made between structural overlap and syntactic complexity. Bilinguals do not show much divergence from developmental patterns observed for children learning languages similar to Uyghur. Although they show both quantitative and qualitative differences with their age-matched monolingual Chinese peers, bilingual children’s motion descriptions become indistinguishable from the latter over time (» age 8). The findings highlight the potential of the human mind’s ‘language making capacity’ and the need to tap into it by encouraging and sustaining bi/multi-lingualism at home, school and society at large.

Dr Alimjan Tursun-Niyaz is a postdoctoral research fellow at the Department of Theoretical and Applied Linguistics, University of Cambridge. His areas of research interest include bi/multilingual acquisition, psycholinguistics and Turkic linguistics.

Between 1947 and 1989 the Soviets tested approximately 456 nuclear weapons on and in a vast tract of land in North east Kazakhstan. When the Soviet-turned-Russian Army finally returned to Russia in 1993/4 from the small town (Kurchatov) that had housed them on the edge of the test site, Kazakhstan was not only left with radioactive contamination, but lacked much of the test documentation needed to understand the effects and was plunged into poverty. Nonetheless, partly in a bid to secure remaining nuclear expertise on the site and town, the National Nuclear Centre (NNC) was set up in this isolated, once closed and secret town to spearhead Kazakhstan’s ‘nuclear renaissance’ and monitor the site. Here I track the various strategies used by the Soviets to contain and disappear this highly secret site before moving to more recent attempts by the government-sponsored NNC to be more open – including opening up a large part of the site, after 25 years of remediation and monitoring, to commercial and agricultural use. Juxtaposing these narratives and strategies with accounts from long-term residents and more recent arrivals in the town provides a sense of far more ambivalent engagements with the town and site, and attempts to contain wastes in a Soviet past and move onto a brighter nuclear future. Rather, what appears is a resistance to any kind of spatial or temporal containment, a denial of progress. I end by thinking through the consequences of assuming the site can be limited in terms of radioactive contamination.

Professor Alexander has carried out fieldwork in Turkey, Kazakhstan and Britain on changing relations between state, market and the third sector, the built environment, migration, waste and technology. Her most recent period of fieldwork explored how formerly elite closed ‘nuclear’ towns in Kazakhstan were trying to re-connect to broader economies. 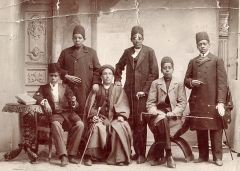 The use of photographs in research activities and fieldwork is an accepted and regular aspect of contemporary anthropological practice. Whether formally acknowledged as ‘photo-elicitation’, or the subject of casual conversations, talking to people about photographs is something that visual anthropologists frequently find themselves doing. Photographs of enslaved people defy easy categorisation because they are both the record and a relic of the brutal racism and domination at the core of chattel slavery. Photographs of enslaved children, women and men provide compelling and haunting documentation of individuals otherwise lost to the written historical record. Yet the history of such photographs is firmly embedded in the dynamic of exploitation and dehumanisation that lay at the core of slavery.

Pedram Khosronejad obtained his PhD at the École des Hautes Études en Sciences Sociales (EHESS) in Paris and currently a Visiting Professor at Religion and, Society Research Cluster at the Western Sydney University. Prior to this position, he worked as the Associate Director of Iranian and Persian Gulf Studies at the Oklahoma State University in United States (2015-2019), and The Goli Rais Larizadeh Chair of the Iran Heritage Foundation for the Anthropology of Iran in the Department of Social Anthropology at the University of St. Andrews, Scotland (2007-2015). His research interests include cultural and social anthropology, the anthropology of death and dying, visual anthropology, visual piety, devotional artefacts, and religious material culture, with a particular interest in Iran, Persianate societies and the Islamic world. He is chief editor of the Anthropology of the Contemporary Middle East and Central Eurasia (ACME).

This seminar examines the controversial migration of Han Chinese farmers to Inner Mongolia during the Qing period (1644–1911). The Qing government regarded the presence of large numbers of Han settlements in Mongolia as undesirable since they had tried to keep Mongols and Hans separate since the establishment of their dynasty. Mongol landlords initially recruited Han farmers as labourers but soon found that they lost land to these newcomers. For Han migrants, the decision to migrate and settle in an alien land had been prompted by hardship. In short, rather than any imperial design, this large-scale population movement was the product of the convergence of diverse factors: geography, social conditions, human greed and an instinct to survive. The presence of Han settlers in Mongolia continues to have impact on relations between modern Inner Mongolia and China today.

The Faculty of Arts offers two undergraduate courses on the land and maritime Silk Roads:

ARTS2458: Along the Silk Road: Conquerors, Traders and Explorers

The project aims to build knowledge of how families are impacted through migrations prompted or enabled by major geopolitical and economic shifts along the Silk Road. The continent of Eurasia since the last decades of the 20th century has undergone dramatic upheavals that emerged with the breakup of the USSR and the rupture of economic and political liberalization of the PRC. The move away from centralizing socialist political and economic policies in these localities provided new freedom of global mobility for ordinary people. International and interregional migration has dramatically changed communities along the Silk Road at the foundational level of the family.

“The Use of History in China’s Belt and Road Initiative”
Mr Edward Fahrer – Honours project – 2019.

This thesis examines the connection between the idea of the historical Silk Road and the Chinese government’s promotion of the Belt and Road Initiative in twenty-first century Central Asia. 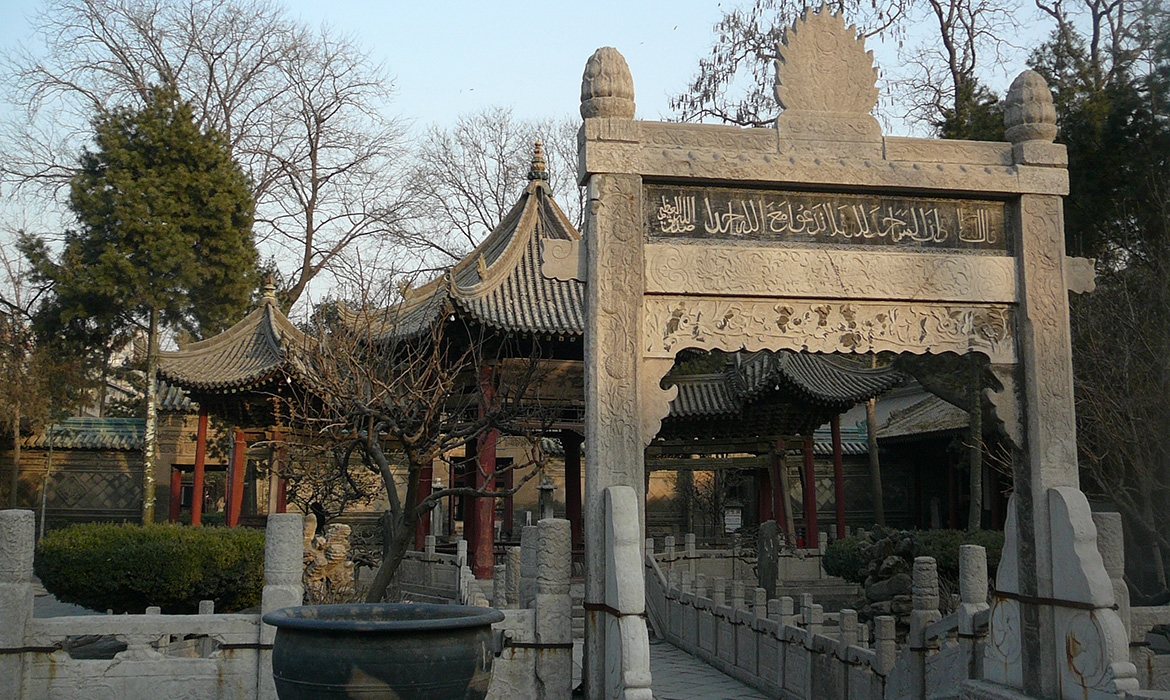 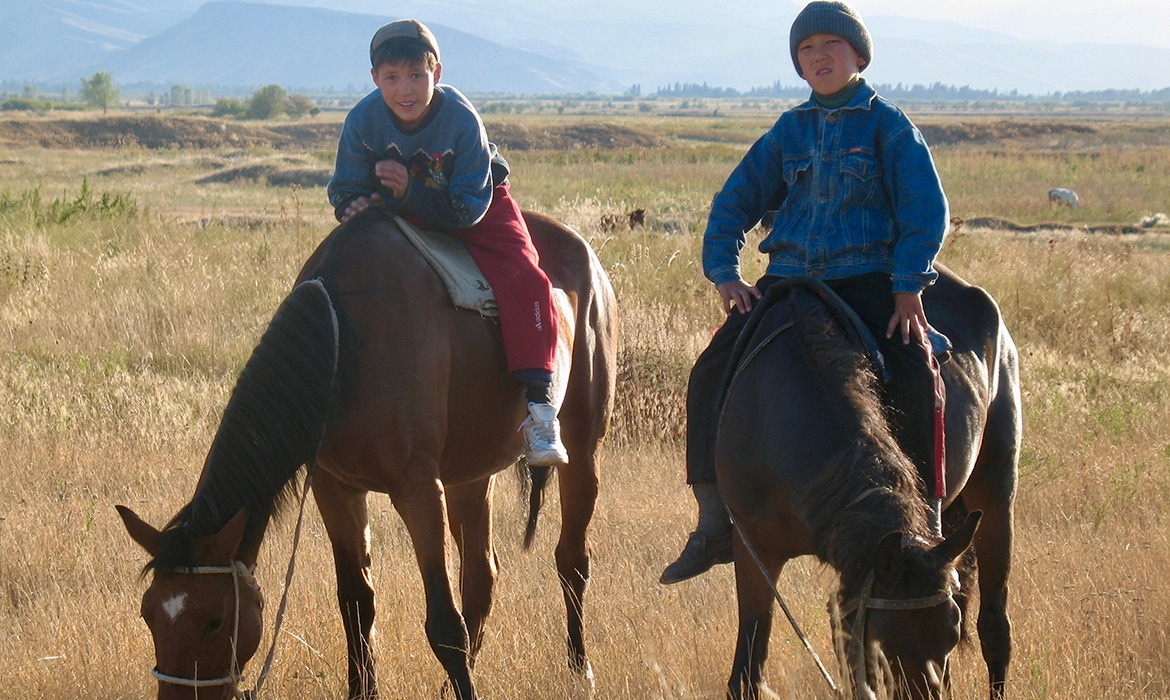 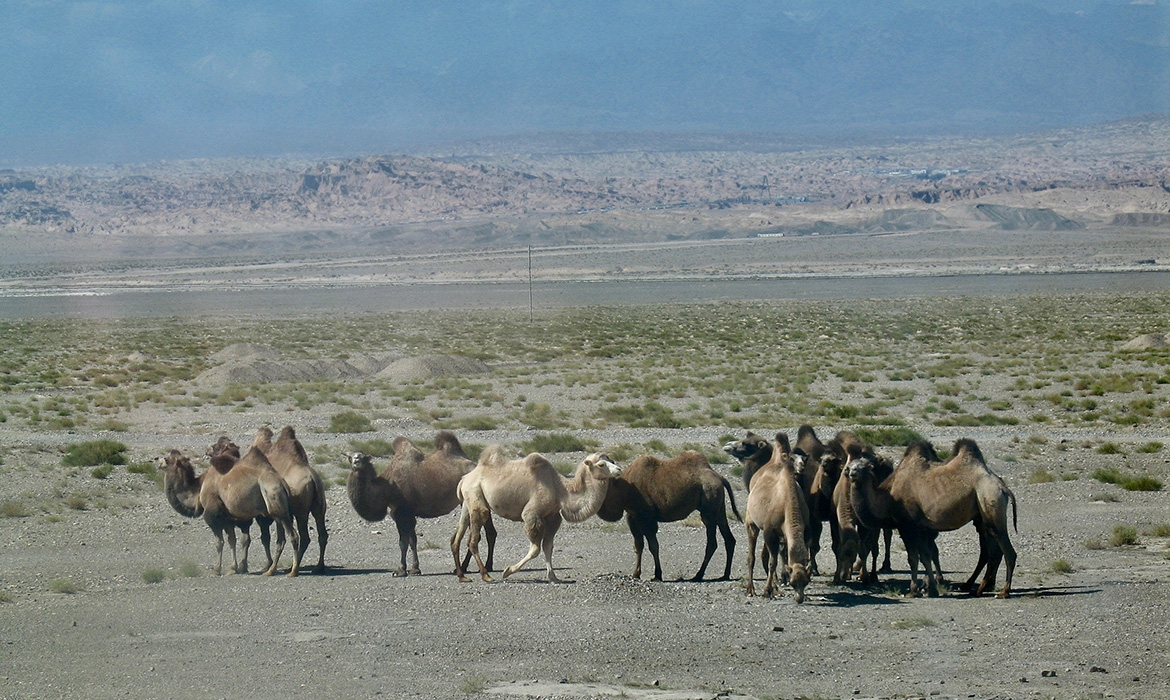 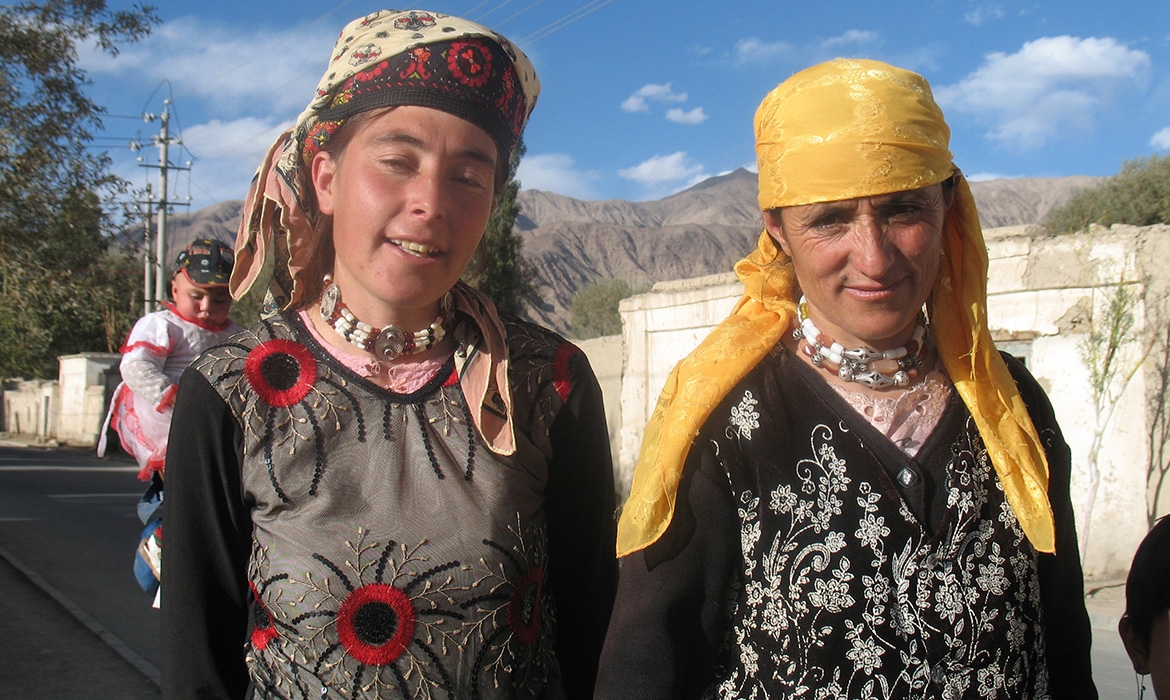 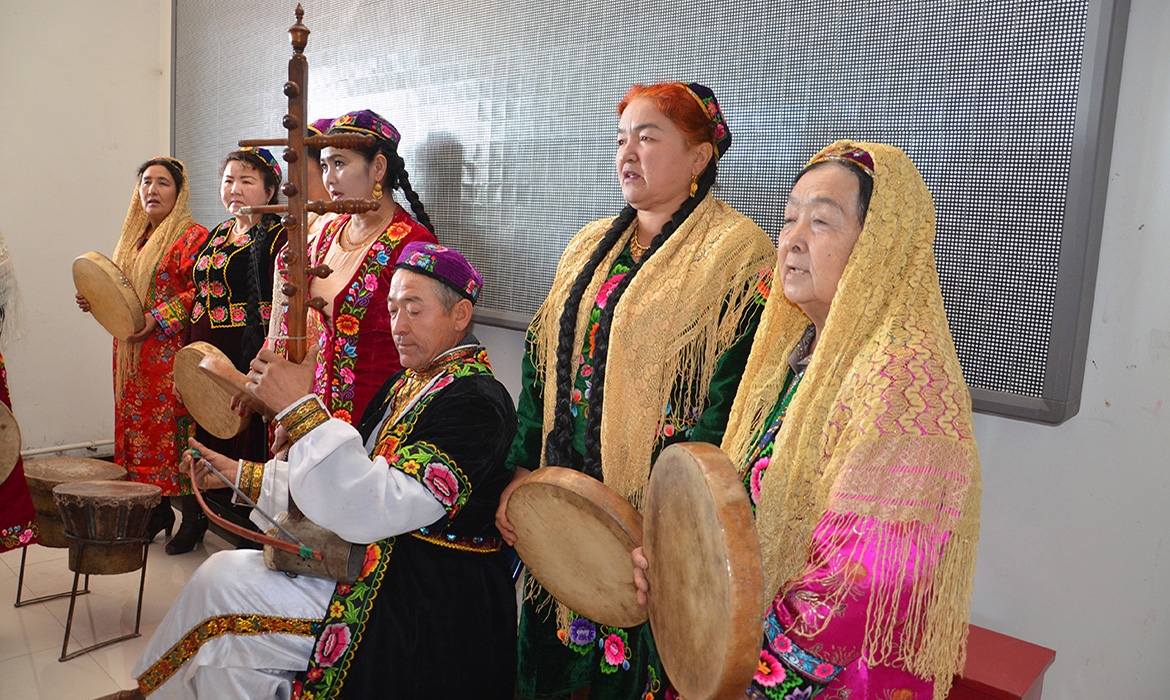 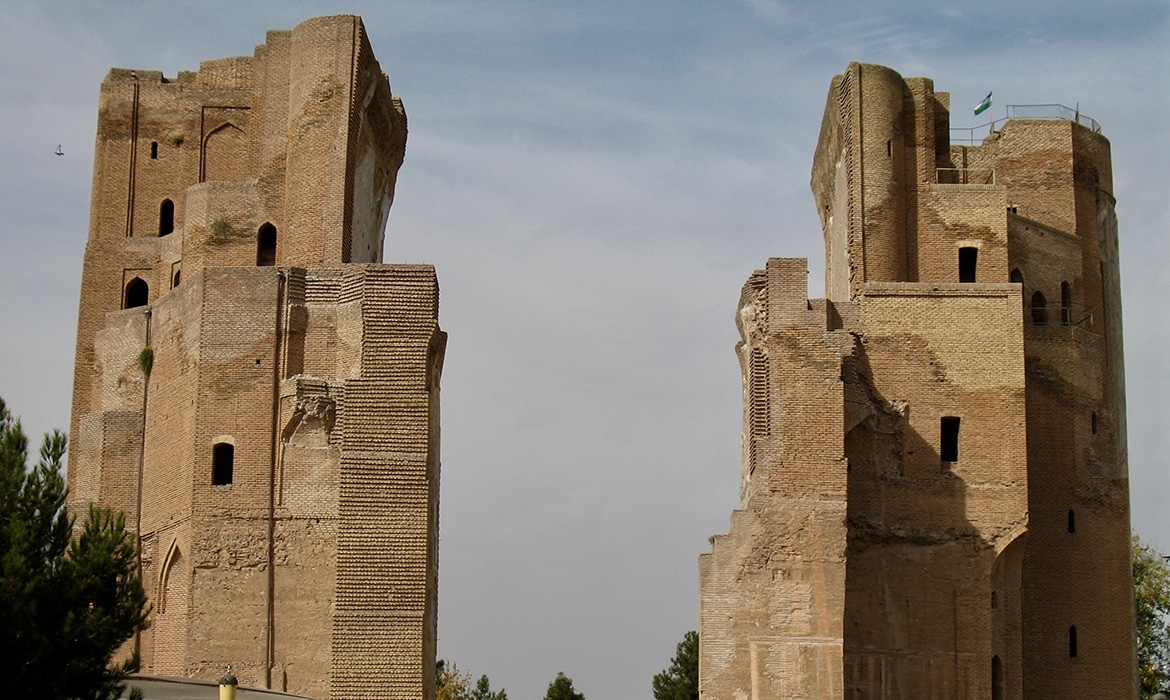 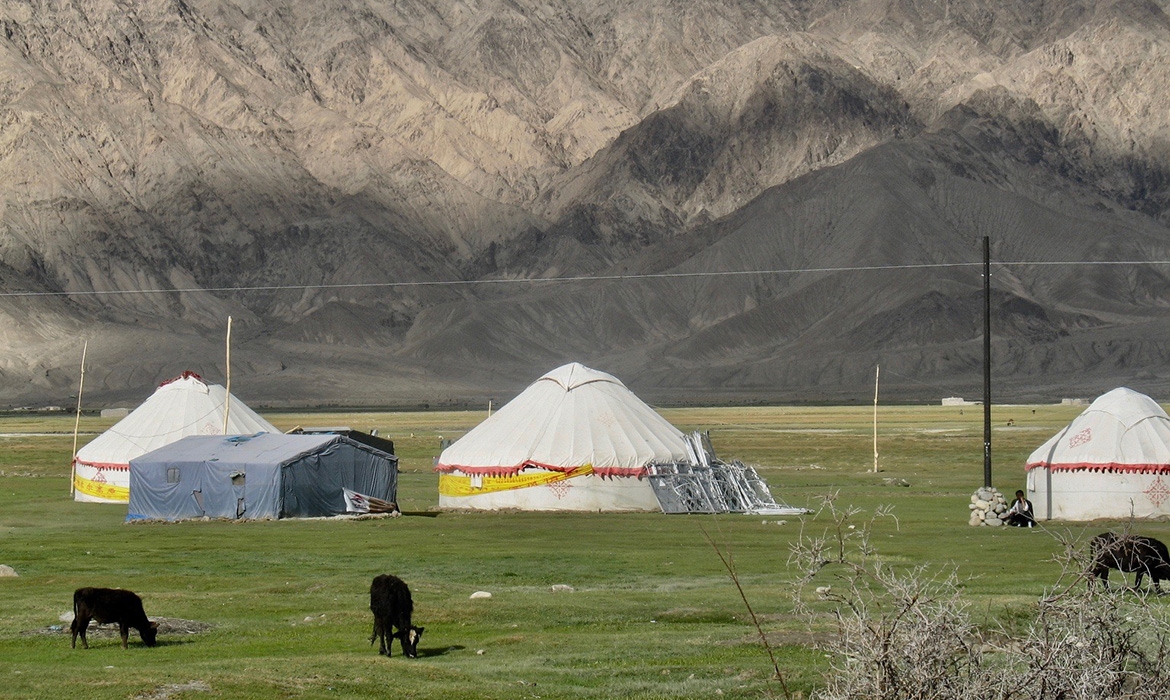 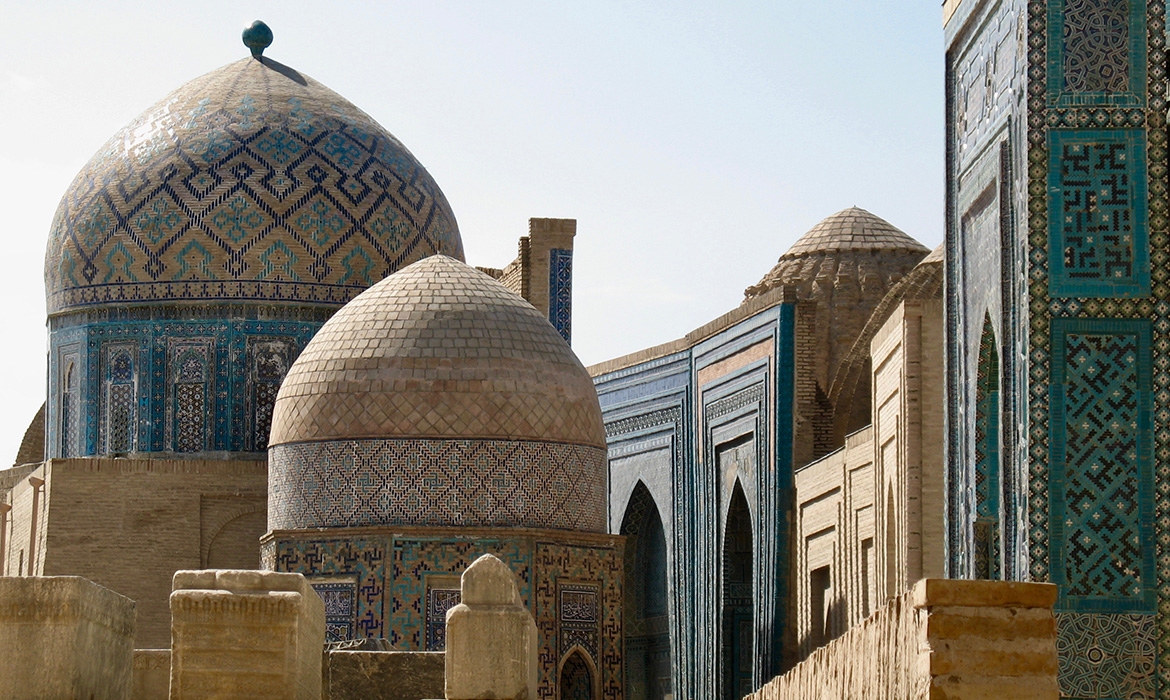 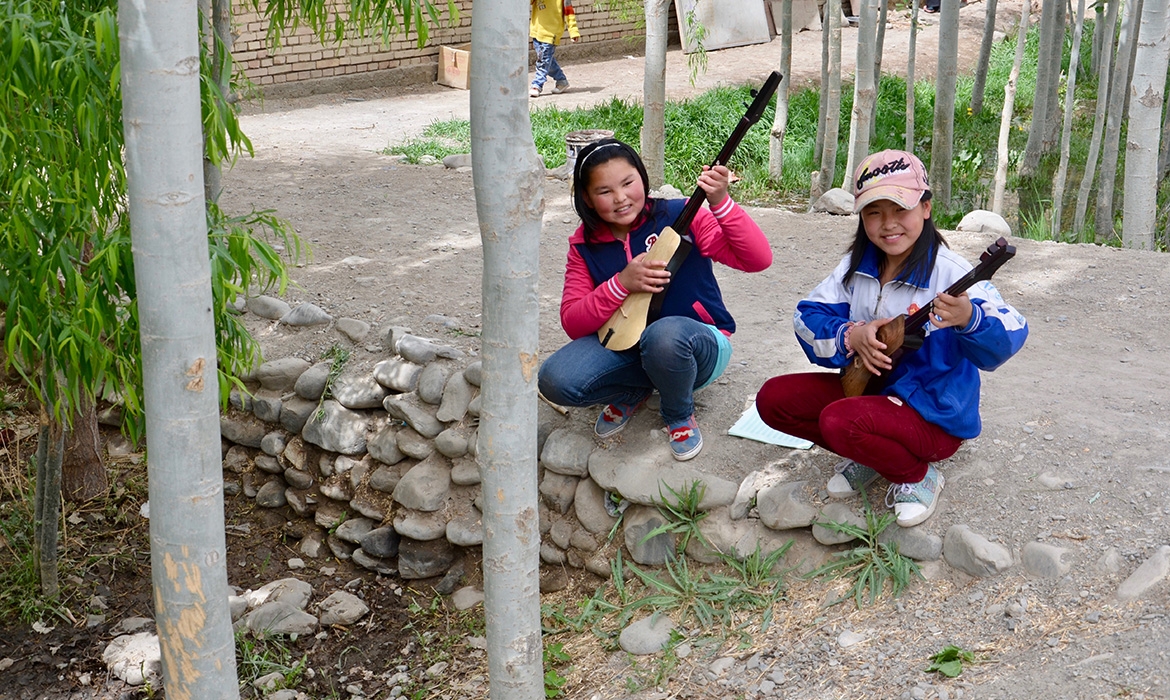 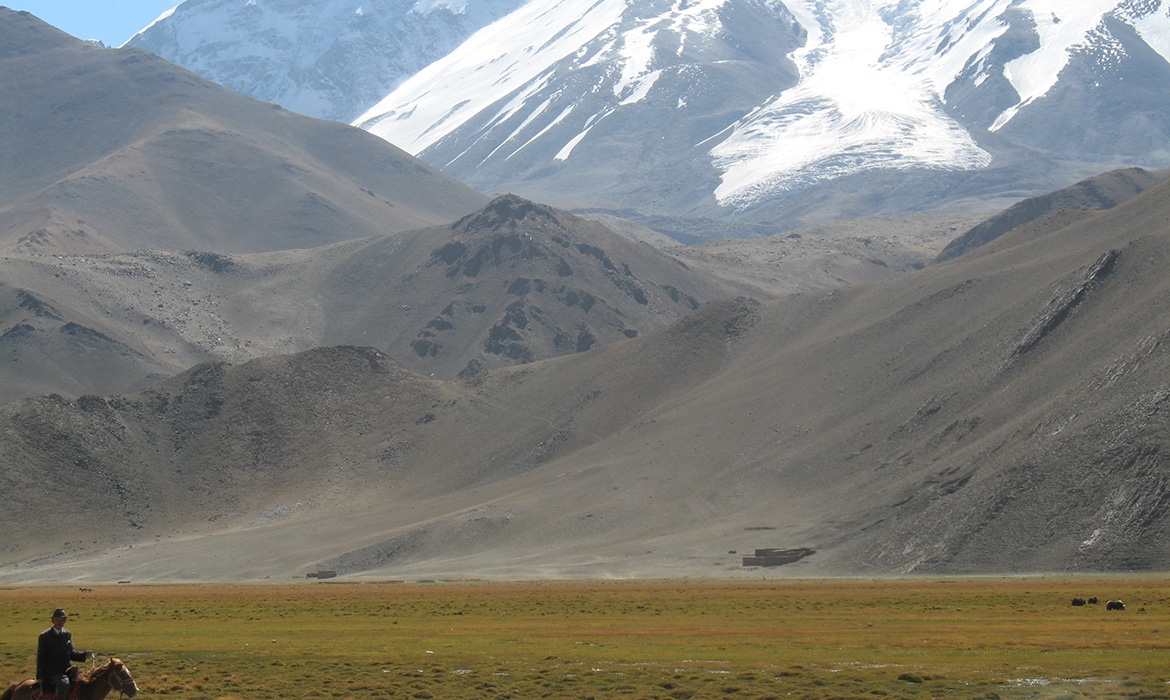 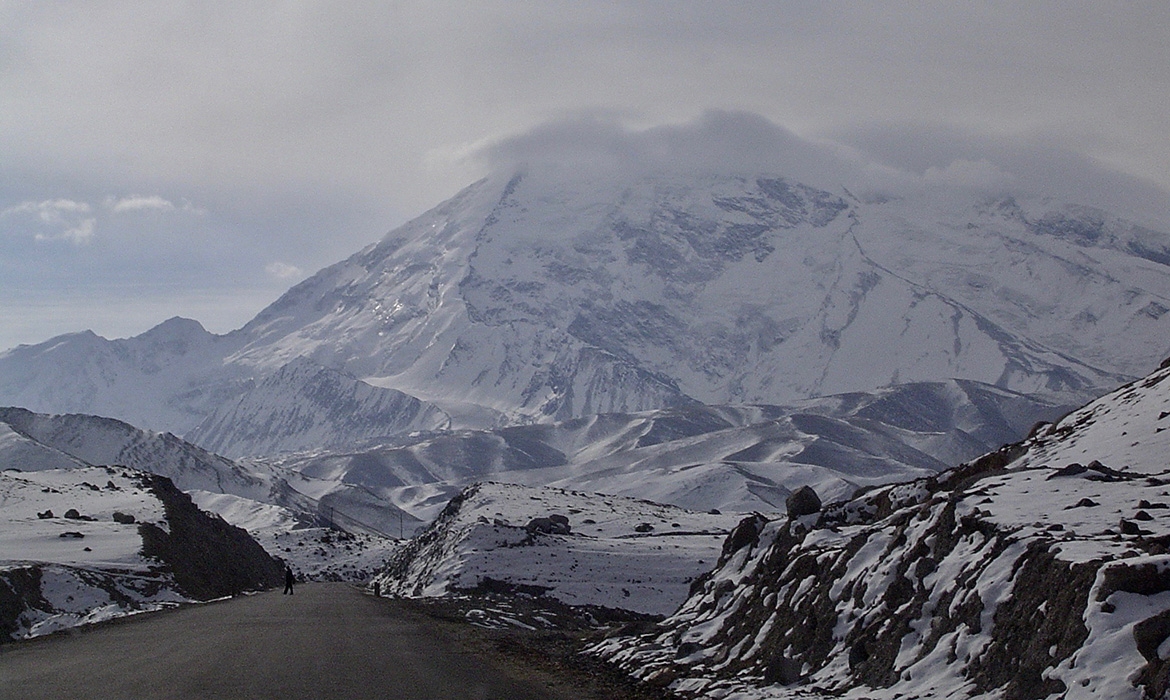 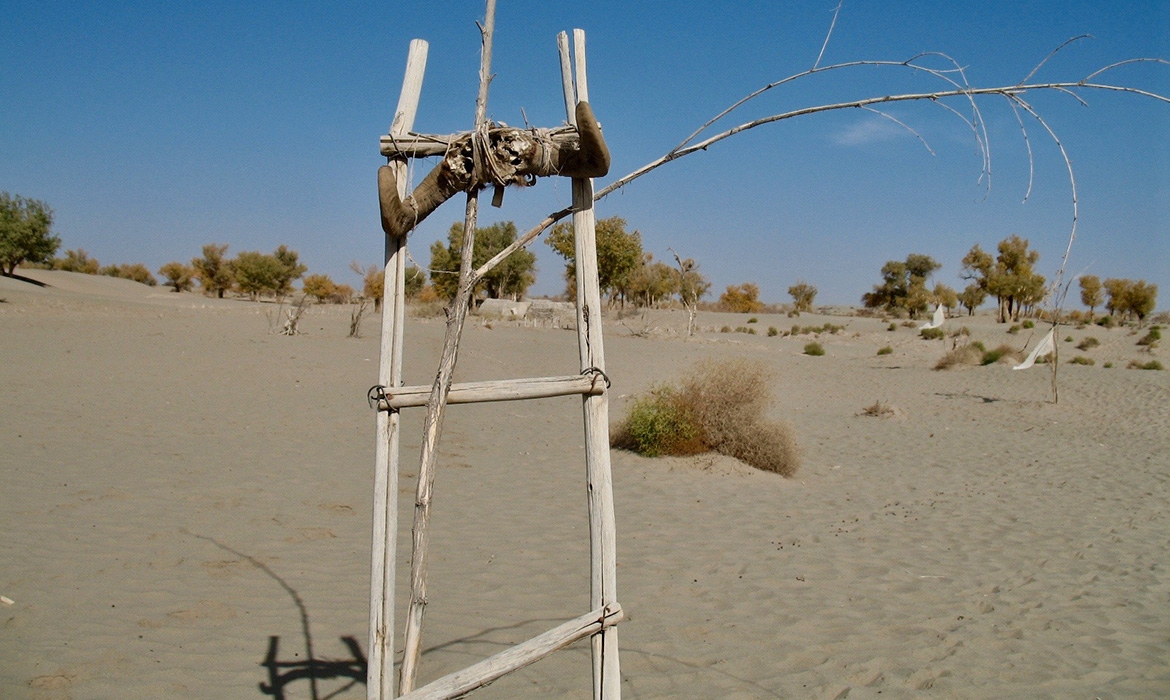 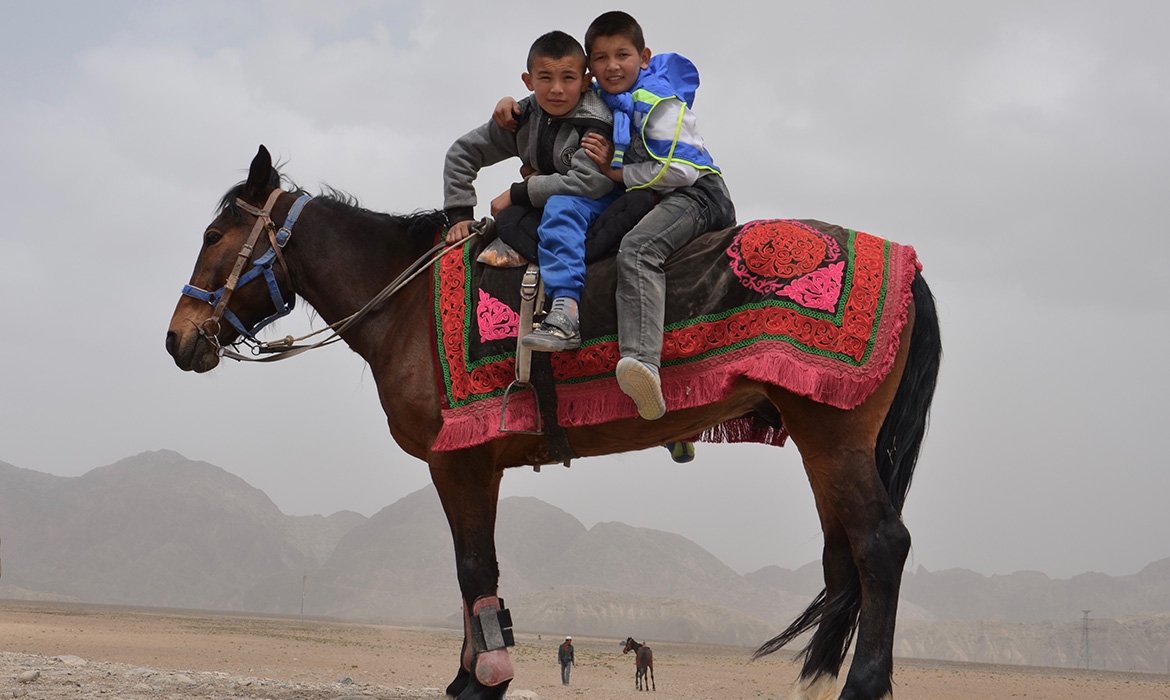 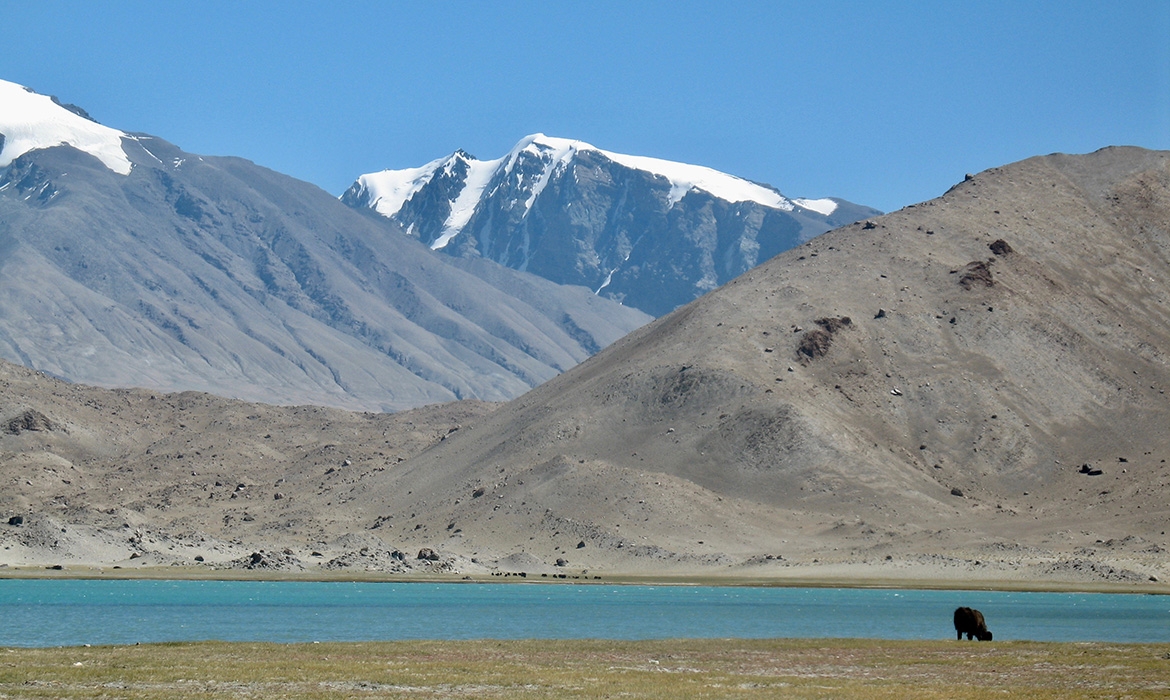 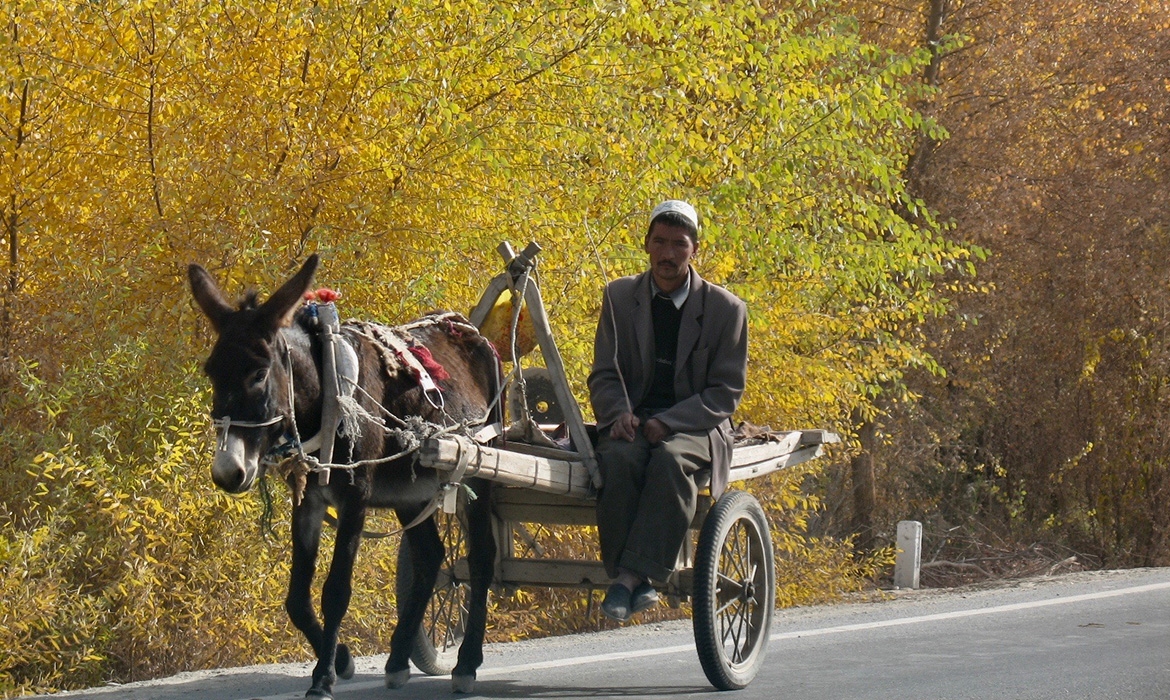 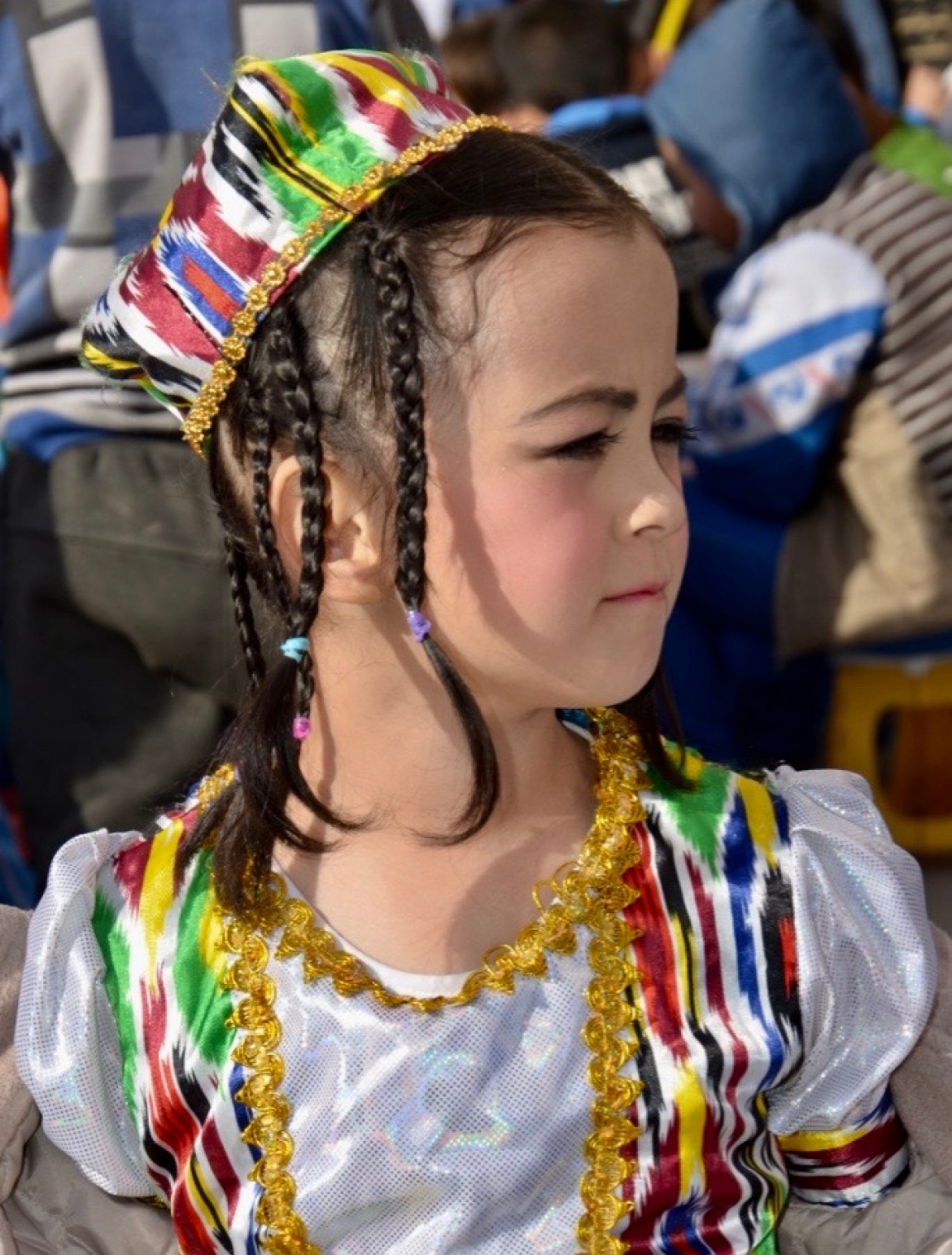 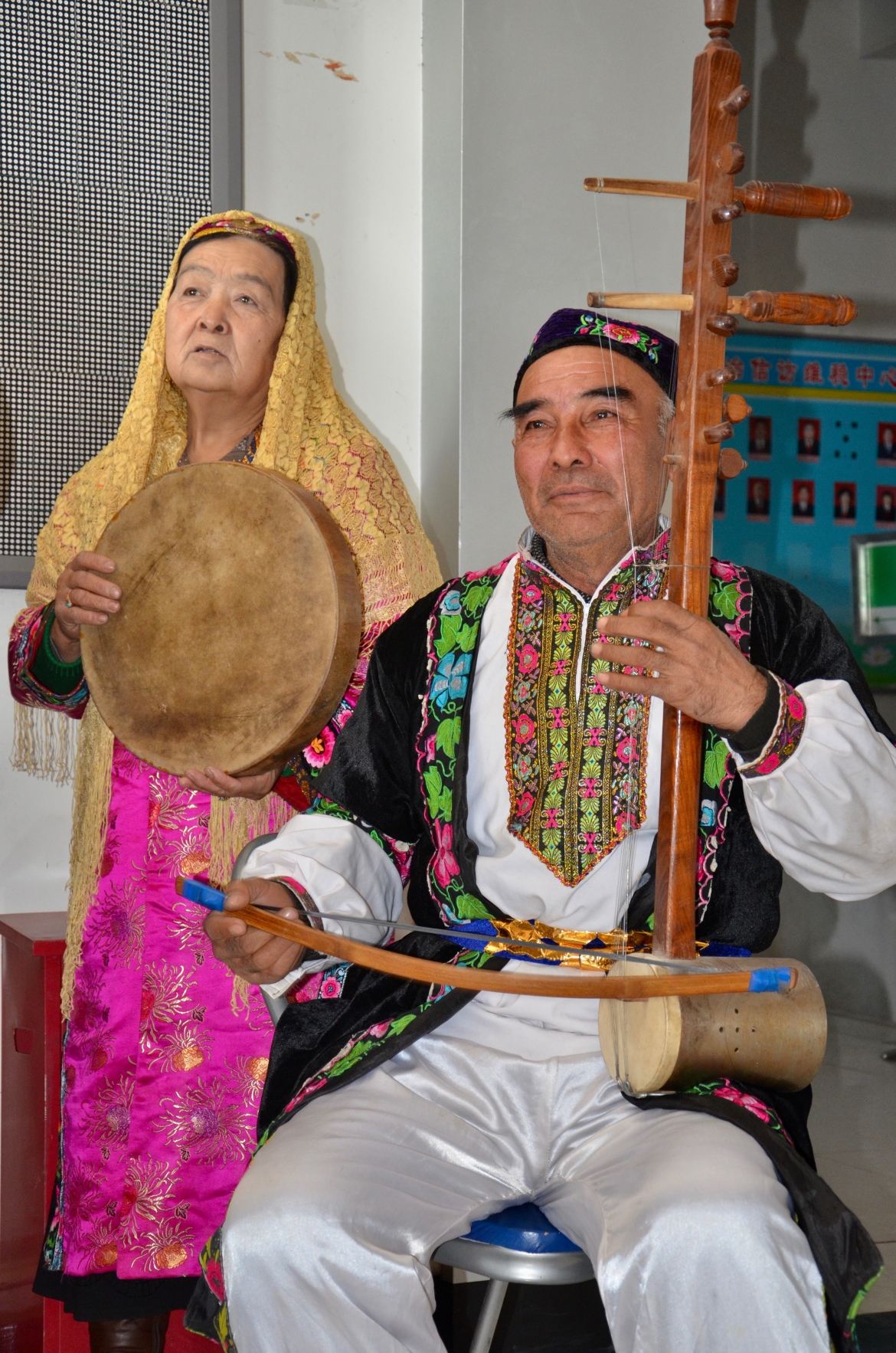 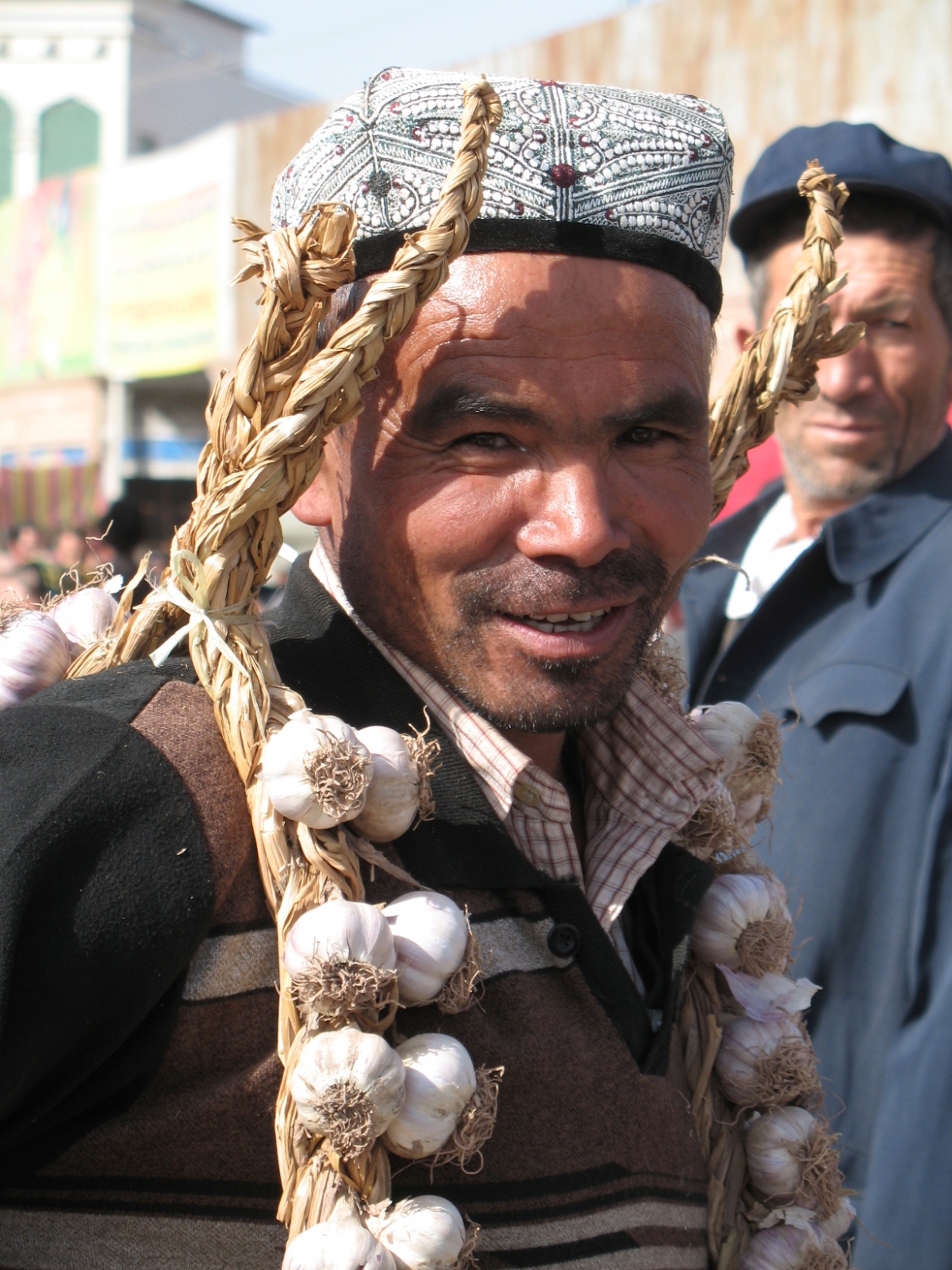 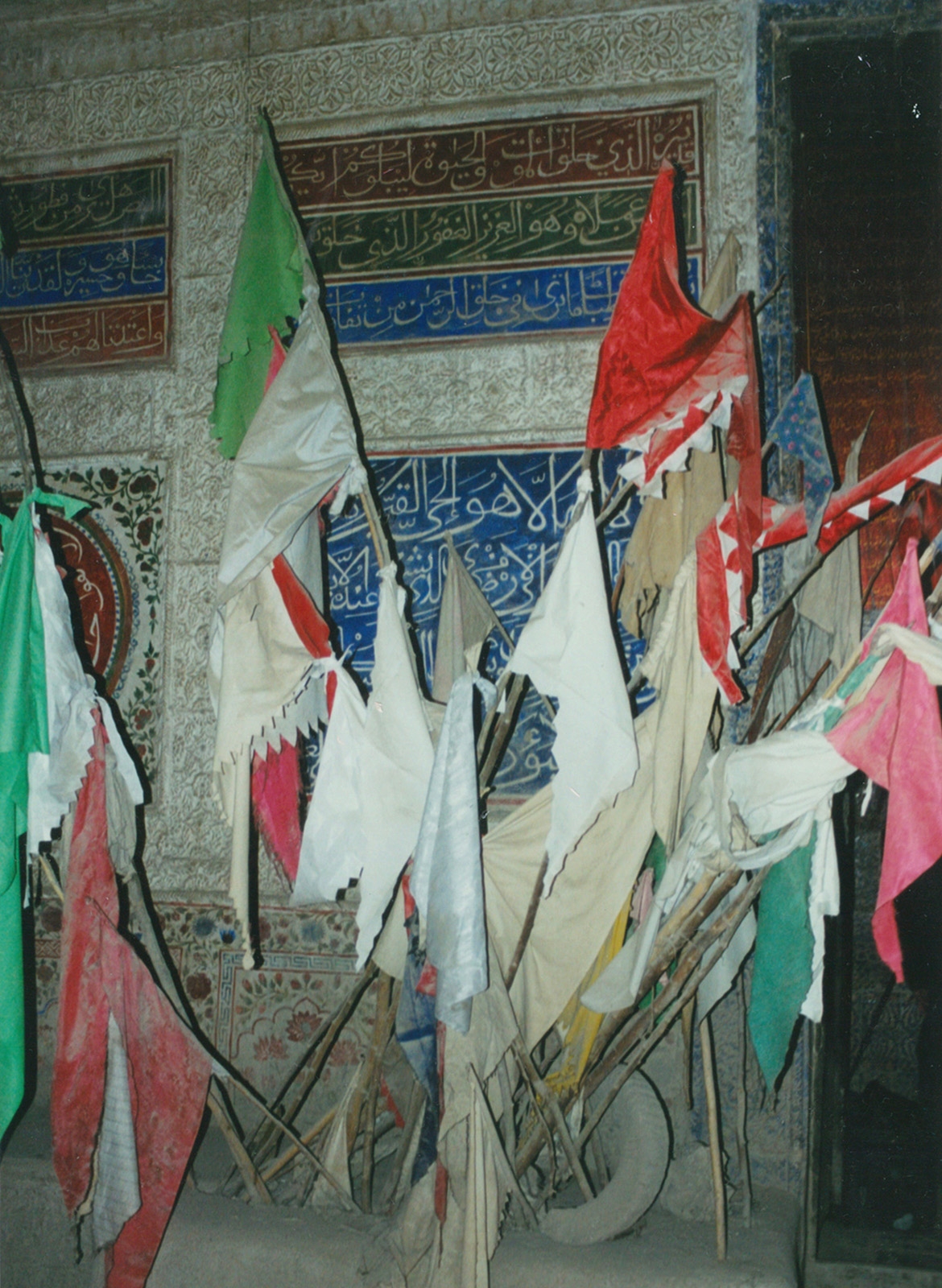