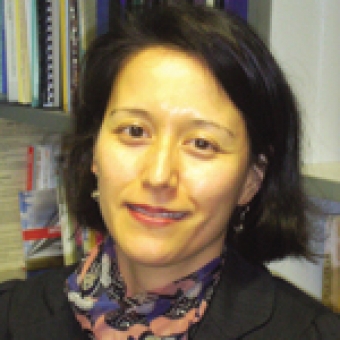 Katrina Moore is a sociocultural anthropologist who specialises in the anthropology of ageing of East Asia and Japanese culture. Katrina’s research interests revolve around gender, health, and well-being, ageing and caregiving, lifelong learning, and life course transitions and development.

Katrina’s life began in Sydney, Australia with a childhood in Tokyo, Japan where she was exposed to different cultures. She completed an undergraduate degree in Political Economy and Anthropology at the University of Sydney, followed by an M.A. and Ph.D. in Social Anthropology awarded by Harvard University in 2003 and 2007. Since 2004, she has conducted more than three years of extended fieldwork in Japan. Her research projects include the analysis of gender and marital relationships in later life, lifelong learning in music and theatre among older adults, and social issues surrounding caregiving in Japan.

At the University of New South Wales, Katrina works with a number of programs and centres including the Social and Anthropology program, Asian Studies program, and the Social and Cultural Inquiry Cluster in the School of Social Sciences.

Theories of the self, life cycle, ageing and wellbeing, cultures of retirement, later life learning

Gender, Ageing, and the Performing Arts in Japan
A book on amateur practitioners of the Noh Theatre and the contributions they make to sustaining this performance art in the 21st century. It focuses on the elderly’s adoption of Noh as a medium of wellbeing creation and social participation in late life.