By studying Languages and Cultures at UNSW, you’ll explore the importance of intercultural communications and the way it has become important in our daily life. The mastery of language skills, cross-cultural understanding, and an ability to engage with people from other countries and cultures will enrich your global perspective and prepare you for an international career.

Chinese is the language used by over a billion people worldwide. At UNSW you can learn Chinese with introductory courses or develop your skills in a language that has a rich cultural heritage and paramount importance in global business and international relations. Chinese Studies at UNSW is widely regarded as the first choice for students interested in Chinese language and culture. We have the largest number of students enrolled in Chinese Studies in Australia.

Chinese Studies at UNSW will prepare you for a wide range of professional specialisations, from commerce and business to diplomacy, education, tourism, media, and public service. You’ll have full access to both the CJNK database and Chinese Periodicals Full-text Database, developed by Shanghai Library. The former provides comprehensive coverage of modern scholarly journals from China and the latter to historical periodicals published in China between 1911-1949.

Japan has important connections to Australia and Asia politically, strategically and economically. Whether you have a connection with Japanese music, anime and manga, or have ambitions to work with one of Australia’s major economic partners, Japanese Studies at UNSW will further your understanding and knowledge of Japan’s language, society and customs.

UNSW is home to one of the largest and most innovative Japanese programs in Australia. Our teaching staff have been awarded the prestigious Citation Award by the Australian Federal Government for being some of the “most inspiring” teachers in Australia.

We offer Japanese language courses from introductory to a professional level, as well as advanced professional courses with themes ranging from Manga and literature to business Japanese and courses on Japanese history and culture.

You'll also have the opportunity to go on academic exchange at one of our 21 exchange partner universities in Japan, including the prestigious University of Tokyo and University of Kyoto, as well as leading private universities, Waseda and Keio.

South Korea has a high-tech globalised economy and is celebrated for its iconic pop culture. At UNSW, we offer you an insight into the language and people in this dynamic country. South Korea and Australia have had close ties since 1950s, and as the South Korean economy grows, your Korean language competency and cultural knowledge will open up a world of opportunities.

UNSW offers one of the most active Korean Studies programs in the region, providing a balance of Korean language skills and knowledge with cultural study through various courses including language courses for all levels, courses on Korean culture, Korea’s relationship with Japan and its place in East Asia. Korean classes are structured to maximise individual attention and allow you ample opportunity for regular interaction in Korean.

You'll also have opportunities to study as an exchange student at one of South Korea’s leading universities such as Seoul National, Korea and Yonsei.

French is the traditional language of international diplomacy and is one of the official working languages of the United Nations and many other international governmental and non-governmental organisations. Our program will not only develop your ability to communicate in French but will also explore the French-speaking world through the study of arts (literature, cinema, theatre, Impressionism), linguistics, society and contemporary popular culture.

Your skills in this globally spoken European language will enhance your career prospects both in Australia and abroad. You'll gain French communication skills and learn more generally about the structure and function of language while studying French and Francophone literature, film, linguistics and cultures.

Spanish is the language of over 400 million people. It is spoken officially in 23 countries and is the de facto second language of the United States with approximately 40 million native Spanish speakers. Our Spanish and Latin American Studies program will enable you to become familiar with the Spanish language as spoken in its contemporary cultural context and provide you with an informed understanding of the Spanish-speaking world through the study of language, literature, film, art, civilisation and history.

At an undergraduate level, courses in Spanish and Latin American Studies are available in language, culture, film, linguistics and history. Honours and postgraduate programs at Masters and Doctorate levels are also available.

Our exchange programs with universities in Spain and Latin America will enhance your learning by offering in-country exposure to these societies and cultures. Our graduates gain skills that are valued in diplomacy, journalism, arts, education, mining, hospitality, tourism, and business. We also offer students two study abroad options for the summer, one in Mexico and the other in Spain.

Spanish in Oaxaca, Mexico (SPAN6206), and Spanish in Seville, Spain (SPAN6206) are 6 units of credit (UOC) transfer credit courses that can be substituted for a course in a Spanish language major. These courses can also be substituted for electives or General Education requirements, as determined by the relevant Program Authority. They are intensive language courses taught for four weeks in January/February, delivered by specialist language institutes which also incorporate cultural immersion in their approach to teaching.

For more information, check out our Outbound Opportunities.

German is the most widely spoken native language in Europe. German Studies at UNSW places a strong emphasis on integrating the study of social, historical and cultural developments of German-speaking countries into their contemporary European and international context. You’ll achieve a high level of communicative competence in German, providing you with a gateway to a critical understanding of this fascinating global economic superpower.

German Studies at UNSW places special emphasis on integrating the study of the social, historical and cultural developments in German society with the teaching of practical language skills. This approach aims to help you achieve a high level of communicative competence in German and gain a critical understanding of this fascinating modern European society.

The Deutscher Akademischer Austauschdienst (DAAD) offers a range of scholarships to enable students of German and European Studies to study and research in Germany.

You'll be immersed in both the culture and study of your chosen language for the entirety of your degree. Beginners courses focus on language skills and grammar using a communicative approach that emphasises interaction. Courses at intermediate, advanced and professional levels maintain and develop language skills while providing in-depth contextual knowledge through the study of popular culture, history, linguistics and literature.

Take your study to the next level with an Honours degree. Honours is available as a fourth-year student for high achievers in most language studies.

We offer the following postgraduate degrees:

We offer students the opportunity to complete a Masters by Research and Doctor of Philosophy. Areas of research supervision include:

UNSW offers HSC adjustment factors (previously known as Bonus points) to high school students who have studied a secondary language subject and performed well. These adjustment factors can help you gain entry into any Arts and Social Sciences program. To find out if HSC Plus adjustment factor points can give you a boost, visit HSC Plus.

UNSW encourages students to spend time studying overseas overseas, studying at one of our partner institutions as part of your degree. We manage a large and active exchange program with over 180 different student exchange opportunities in 32 countries including:

The Language Placement Questionnaire is a series of questions designed to help you enrol in classes that are most appropriate to your level of language knowledge.

Asian Studies is distinguished by its “all Asia” approach. Our program is centred around modern societies, cultures and historical traditions, aiming to understand the impact of the Asian region from a global standpoint.

European Studies at UNSW explores Europe’s rich history and dynamic collection of cultural identities. You’ll focus on modern European politics, societies and cultures of the past and present.

Australian Studies covers studies of Australian history, culture and society from its first settlement by Aboriginal people until the present. You’ll explore the power and limitations of shared ethical and cultural beliefs. 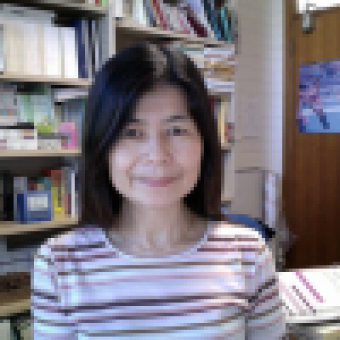 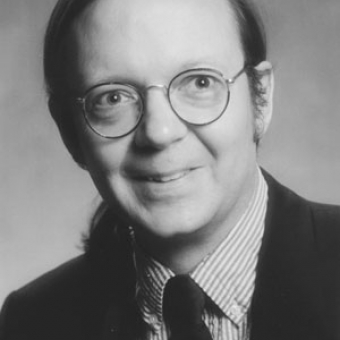