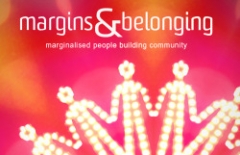 From the opening plenaries to the buzzing tea breaks, it's clear the 14th Social Research Conference on HIV, Viral Hepatitis and Related Diseases was a resounding success.

The theme for the two day event, Margins and Belonging, struck a deep chord with the conference attendees. Over 150 guests actively participated in research presentations, symposiums and panel discussions on the themes in relation to individuals and groups, and their associated infections and illnesses, who engage in stigmatised sexual and drug practices.

Across the two days, conference participants heard from a range of speakers, including Dr Jo Neale and Professor Victor Minichiello, who gave the key note addresses.

Lunchtime on day one saw an engaged panel on male sex workers, held by the Scarlet Alliance, titled Getting the Job Done: Male sex workers on research about their community and the gap between studies and understanding. The key takeaway message here was that male sex workers are under-represented in research, and remain an ‘after-thought’ in the research community

Community cultural engagement was fostered via the Disclosure Sofa, co-developed and presented by ACON and Living Positive Victoria, which encouraged conference attendees to tell their stories about their experiences with HIV disclosure as part of a wider project.

A highly successful afterhours symposium capped off day one, Measuring outcomes in drug and alcohol services: Shaping the future, which discussed the current approaches to measuring health and social outcomes for people who access alcohol and other drugs (AOD) treatment and where we need to be heading going forward.

Day two was kicked off by a fascinating panel discussion focused on building community. The panel included representatives of the NSW Users and AIDS Association (NUAA, Leah McLeod), the Women in Prison Advocacy Network (WIPAN, Lana Sandas), the Two Spirits Program of the Queensland AIDS Council (Phil Sariago) as well as Tobin Saunders (a close friend of Vanessa Wagner) and Professor Gracely Smallwood (one of the co-designers of the superhero Condoman). Facilitated by Associate Professor Kath Albury (a close friend of Nurse Nancy), this lively and robust discussion tackled issues such as the terms of reference by which these community-focused people measure the success of their work

Day two’s symposium, Margins and Belonging: Working with Aboriginal Communities, saw insightful overviews of the Aboriginal health sector, including the need for community consultation in regards to Indigenous health policies, as well as the need for more open conversations about HIV and STIs with Indigenous youth.

The end of the conference (and day two) was marked by a special drinks reception celebrating 25 years of CSRH and its contribution to the community, as well as marking the contributions of Professor John de Wit over the last eight years as Centre Director and welcoming incoming CSRH Director, Professor Carla Treloar.