Seminar Series: Drug law reform during a time of flux 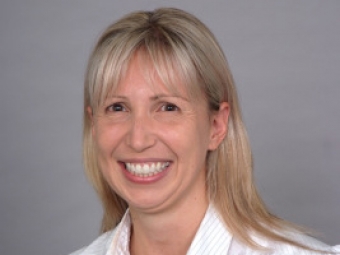 Drug law reform during a time of flux: Lessons from Portugal, Netherlands and USA

The issue of decriminalising and legalising illicit drugs has long been hotly debated. But as of 2015 illicit drug laws are at a time of flux. The last few years have seen an increasing number of nations choosing to reform their drug laws and the introduction of the first legally regulated cannabis markets in the United States (Colorado and Washington State). UNGASS 2016 (the United Nations General Assembly 2016) is approaching: a meeting involving all UN member states that has been explicitly brought forward following the pleas from the Presidents of Mexico, Colombia and Guatemala that the UN facilitate a real dialogue on alternative approaches to the global drug problem. Given the plea was supported by 95 other member states, this is seen by many as a potential tipping point for reform of the United Nations Conventions and/or to re-frame drug policy debates towards a more public health oriented approach.

This presentation capitalises upon the rich period in order to provide a brief history of illicit drug prohibition, outline models of drug law reform that have arisen (or been proposed) as alternatives to illicit drug prohibition and examine key impacts of three drug law reform initiatives that have received considerable attention: the Dutch coffee-shop system, the Portuguese decriminalisation of the use and possession of all illicit drugs and the new US experiences with legalisation and regulation of cannabis. It will conclude by discussing implications and quandaries for researchers and policy on the future directions of drug law reform.

Dr Caitlin Hughes is a criminologist and Senior Research Fellow at the National Drug and Alcohol Research Centre. She works as part of the Drug Policy Modelling Program (DPMP) which seeks to advance Australian drug policy by improving the evidence-base, studying policy processes and working directly with policy makers. Her research interests include 1) evaluating and informing drug laws; 2) evaluating and informing criminal justice policies (including alternatives to arrest); 3) monitoring trends in drug trafficking and drug markets in Australia; and 4) researching the policy processes by which drug policy is informed and made. She works with policy makers from across Australia, including NSW Police, Australian Federal Police, ACT Health Directorate and the ACT Department of Justice and Community Safety, and international organisations, including the European Monitoring Centre for Drugs and Drug Addiction. She has had a long-standing research interest into evaluating the impacts of de facto and de jure drug law reform within Australia and internationally. For example, she collaborated with Professor Alex Stevens from the University of Kent to conducted the first independent, academic study of the effects of the Portuguese decriminalisation of the use and possession of all illicit drugs.