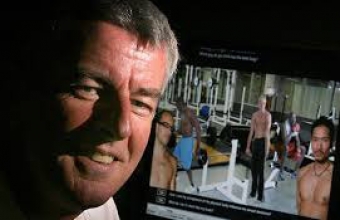 Abstract:
This presentation will focus on how new media has changed the sexual lives of gay men. Dr. Rosser’s research has focused on two aspects of the 'smart sex revolution' among gay men—uses of new media for sex seeking and dating, and the effects of gay pornography on the HIV risk behavior of gay men. The presentation will focus on two key studies of men who have sex with men (MSM) in the USA. First, he will review key findings from the Men’s INTernet Sex (MINTS-I, II, III) studies which was the first and, to date, the longest series of studies of online HIV risk behavior funded by the United States’ National Institutes of Health (N’s of 1,026 to 2,786 MSM). Next, he will summarize key findings from the recently completed Sexually Explicit Media (SEM) study (N=1,391 MSM) which was the first NIH-funded study to explore how what MSM see influences what they do.

Please note: This presentation includes visuals of gay sex which are highly sexually explicit. Those under 18 and anyone offended by such visuals should not attend this presentation.

Bio:
Simon Rosser, PhD MPH LP, is professor and director of the HIV/STI Intervention and Prevention Studies (HIPS) Program, in the Division of Epidemiology and Community Health, at the University of Minnesota School of Public Health. A licensed psychologist, he has advanced degrees in psychology, epidemiology, and behavioral medicine, with postdoctoral training in clinical/research sexology. Born and raised in New Zealand, he helped found the New Zealand AIDS Foundation in 1983, then completed the first PhD in HIV prevention in the southern hemisphere at the Flinders University in South Australia. Simon joined the University of Minnesota in 1990 where he founded the HIPS program. He is an award winning author of 5 books (including two focused on Australia) and over 130 peer reviewed scientific papers, serves as a reviewer for the National Institutes of Health (NIH), and is best known for his research in the areas of HIV prevention, male homosexuality, clinical sexology, internalized homonegativity, sexual health, Internet sex and gay pornography.