15 years on and still the only one: Uniting MSIC and the state of Australian drug law reform 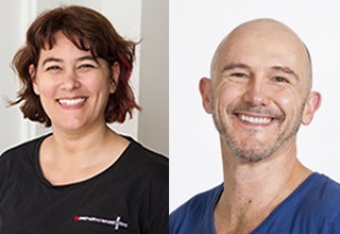 A passionate advocate for harm reduction and drug law reform, Marianne has spent her career as a public health physician working in the drug and alcohol field, including the past eight as the Medical Director of the Uniting Medically Supervised Injecting Centre (Uniting MSIC). So why, despite its 15-plus years of continual successful operation and clear evidence of its benefits, is the Uniting MSIC still the only one, not just in Australia but the southern hemisphere? And why, given the recent negative press, is it still fighting to survive? And more broadly, why is there so little forward motion in Australia, given recent Federal and NSW drug summits and changing global attitudes.

Marianne Jauncey has been the Medical Director of the Uniting MSIC since August 2008. She is a Public Health Physician who has worked in the drug and alcohol field since the late 1990s, including four years at the Kings Cross Kirketon Road Centre (KRC), which provides specialist health care for people who inject drugs, sex workers and youth at risk. Marianne holds a Master’s Degree in Public Health and is a Conjoint Senior Lecturer at the National Drug and Alcohol Research Centre UNSW, and a Clinical Senior Lecturer at Sydney Medical School, University of Sydney. Her research interests include increasing access to hepatitis C treatment for people who inject drugs, drug overdose and the physiological changes that occur after drug injection. She prides herself on ensuring any research conducted at the Uniting MSIC is translated into practice and makes a difference to the people involved.

Jake Rance joined the Centre for Social Research in Health following nearly a decade working in harm reduction services in Sydney’s Kings Cross, including a number of years as the Counselling Unit Manager of the Uniting MSIC. Jake has a longstanding interest in the potential of qualitative research to challenge the stigmatising and pathologising accounts commonplace within conventional explanations of injecting drug use.