Under the influence: how COVID has affected our drinking

Changes to our drinking habits could be a surprising “good news story” with the lockdown providing a catalyst for positive behaviour change, a new study has found.
Kay Harrison | UNSW Newsroom 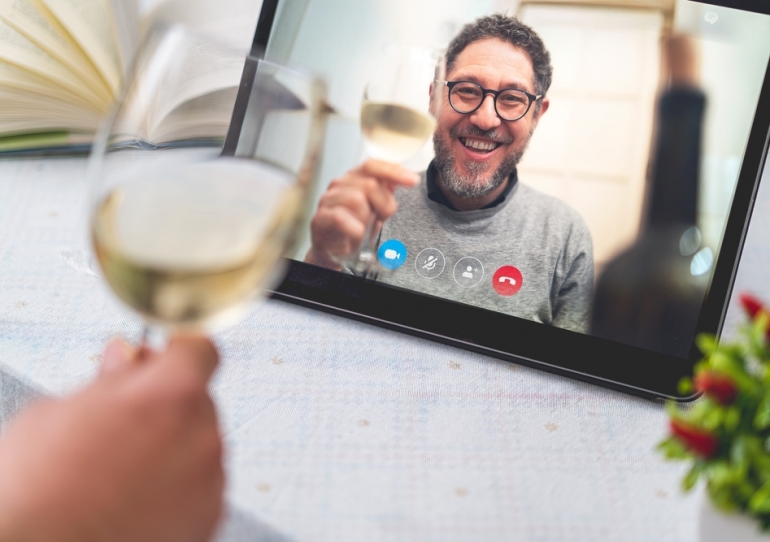 COVID-19 has changed our alcohol purchasing and consumption patterns in individual and unexpected ways, demonstrating resilience and a focus on self-care, according to a new UNSW study.

The study, Distilling our changing relationship with alcohol during COVID-19, looks at how the pandemic has affected alcohol consumption and purchasing in NSW before, during and after the NSW lockdown. Supported by the UNSW COVID Rapid Release Research Fund, the study also examines the extent to which these changes have been sustained post-lockdown.

“The lockdown resulting from COVID-19 has changed people’s drinking patterns in unexpected ways. What we have found is largely a good news story, although unfortunately not for all groups,” says Professor Alison Ritter AO, Director of the Drug Policy Modelling Program at UNSW’s Social Policy Research Centre.

“There is not one story here. As such our findings suggest that future policy to curb problematic drinking should take a more targeted and nuanced approach towards different groups as a one-size approach to policy does not fit all.”

Two in three people surveyed reported no change or a decrease in their alcohol consumption during the pandemic. Additionally, participants who reported having an average of 20 standard drinks per week pre-lockdown were the most likely to reduce consumption, the study found.

“This level of drinking is above the National Health and Medical Research Council (NHMRC) guidelines for low-risk drinking,” Prof. Ritter says. “So a reduction in consumption for this group in particular points to an increase in resilience and agency with respondents recognising this time as an opportunity for looking after themselves.”

“I’d say I just pretty much completely stopped drinking, because I only usually drink on special occasions or social settings. I pretty much didn’t drink at all,” a 23-year-old female respondent said.

“People older than this, across all three older generations – Millennials, Gen X and Boomers – however, did not.”

While the majority of the older generations also drank in licensed venues before lockdown, one third increased their drinking at a time when these usual places of consumption were no longer available, the survey found.

“Our findings point to the need to focus policy measures on older populations to decrease their alcohol consumption.”

Concern around increased alcohol consumption by women uncalled for

There has been some public concern that women are drinking more during the pandemic, Prof. Ritter says. However women were not more likely to increase their consumption compared to men, according to the study.

While ‘on-premise’ alcohol availability all but ceased during lockdown, ‘off-premise’ availability increased, with a statistically significant increase in purchasing from online alcohol delivery services, the study found. However, this did not align with an increase in alcohol consumption.

“While we saw an increase in online purchasing of alcohol across the full sample, at lockdown this was not associated with increased consumption,” Prof. Ritter says. “In fact, it was the group that did not change their alcohol consumption who had the highest proportion of people purchasing alcohol online before the lockdown.”

No significant increase in consumption motivated by managing negative feelings

People drink for a number of reasons, including for social reasons or because they are feeling depressed or anxious, Prof. Ritter says. The study found there was no significant increase in consumption based on managing negative feelings.

“This is interesting because while recessions are associated with lower alcohol-related harms, the current physical distancing and containment measures add a significant layer of complexity to the picture,” she says. “And with this, the attendant effects on stress and mental health.”

Most people were drinking for social reasons before lockdown; during lockdown this declined, but without an increase in drinking motivated by negative feelings, the study found. This was true for all three groups: there was no evidence that the group who increased their drinking did so in association with managing depression or anxiety.

However, drinking alone which has been considered a marker for alcohol-related harm increased, particularly for men, the study found.

“There’s not that same rhythm because the weeks all bleed together and you’re not going out so you don’t feel the same difference between days of the week, and added to that it’s been stressful,” a 36-year-old respondent said. “So perhaps we open a bottle of wine earlier in the week…”

The pandemic as case study for future insights

Alcohol policy scholars have long argued that reducing the availability of alcohol is one of the most effective measures to reduce alcohol-related harm, the study says. The pandemic offers a rare case study to investigate this premise.

“The dramatic changes to the availability of alcohol and limits on the places and settings in which it can be consumed that have occurred during the pandemic provide an unprecedented opportunity to study alcohol consumption and purchasing under high-level restrictions,” Prof. Ritter says.

Problematic consumption of alcohol contributes to all the leading causes of death in Australia, including but not limited to heart disease, cancer, respiratory failures and family violence. Heavy drinking is also associated with increased utilisation of emergency healthcare facilities due to an increase in falls, accidents, and antisocial behaviour.

“These insights can be used to inform the future of alcohol policy in Australia and internationally.”

Targeted rather than universal approach to public health messaging

The variation in different groups' responses to changes in alcohol availability and consumption during COVID point to the need for smarter, more targeted regulations of alcohol, the study found.

“Our findings suggest that the success of public health messaging rests on its ability to address the specific needs of different groups.

“It should support those positive behaviours, such as resilience and agency, that people have shown during lockdown. And, at the same time, target messaging for those people, notably older people, who have increased their drinking.”