The long-term negative effects of bullying

Children who are bullied are at risk of experiencing poor outcomes for up to four decades after exposure.
Emi Berry | UNSW Newsroom 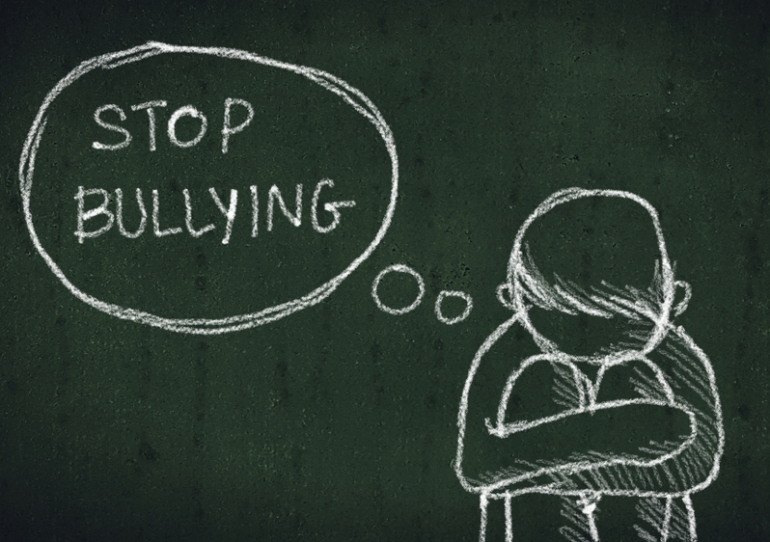 Today is National Day of Action against Bullying and Violence (NDA), a day where we can all take action together.

“Bullying is an ongoing and deliberate misuse of power in relationships through repeated verbal, physical and/or social behaviour that intends to cause physical, social and/or psychological harm,” says Professor Ilan Katz of UNSW’s Social Policy Research Centre.

“It can involve an individual or a group misusing their power, or perceived power, over one or more persons who feel unable to stop it from happening,”

Offline bullying happens in face-to-face situations in specific locations such as schools or in the street.  It can involve physical attacks but also verbal attacks or deliberate social exclusion of the victim by his/her peers.

'Studies have shown cyberbullies feel less remorse, as they cannot see the reactions of their victims.'

One big difference, Professor Katz says, is that the perpetrator can be anonymous online but not offline. Studies have shown cyberbullies feel less remorse, as they cannot see the reactions of their victims.

He says as well as the risk of heightened exposure and humiliation, cyberbullying can also be more difficult to escape from.

“Once an image or a post is online, it is very difficult to remove, particularly after it has been shared.  This can cause ongoing distress to the victim.”

Dr Michelle Tye from UNSW Medicine, who’s based at Black Dog Institute says although bullying is a complex issue, there is clear evidence that it is linked to poor mental health outcomes. This includes an increased risk of developing depression and anxiety, and overall poorer psychological and emotional functioning.

“The experience of bullying appears to heighten these risks independently of other biological and environmental factors.  The negative effects of bullying have been shown to be long-lasting, with research revealing that children who are bullied are at risk of experiencing poor social, health, and economic outcomes for up to nearly four decades after exposure.”

“Of concern, the experience of being bullied is also a risk factor for suicidal thoughts and behaviours, with bullied youth being almost 10% more likely to consider suicide than non-bullied youth.”

A recent Australian study looking at risk profiles of adolescents who have been admitted to hospital for suicidal behaviour found that 60% reported a history of bullying.

A recent analysis of the associations between bullying behaviours and suicide among school age young people found that youth involved in bullying in any capacity – both as bullies and victims of bullying – were more likely to think about, and attempt suicide, than those not involved in bullying.

Dr Tye says the risk for suicidal thoughts and behaviours is high among youth who have been exposed to bullying, they have been found to be four times higher for those who have been both a bully and a victim (‘bully-victims’).

“This is consistent with past research suggesting that bully-victims are at particularly high risk for experiencing mental health issues, such as the onset of anxiety and depression and severe emotional distress.”

Readers seeking support and information about bullying can contact Bullying No Way on 1800 55 1800 or Beyond Blue on 1300 22 4636.Update: The National Day of Action Against Bullying was delayed due to the need for social distancing during the coronavirus situation. A new date will be advised in due course.