Most media reports would have you believe steroid users are predominantly young men suffering a “crisis of male ego” who are on a “deadly crusade to get ripped”.

The focus tends to be on health harms and the danger associated with using these substances.

After critically assessing the research in this field, we found people use steroids for a variety of reasons. And while steroid use does carry risks, not all users will develop personal problems or cause harm to others.

Steroid use in Australia

Anabolic-androgenic steroids are synthetic variations of the male sex hormone testosterone. “Anabolic” refers to the drug’s capacity to increase protein synthesis, which results in increased muscle tissue. “Androgenic” refers to its properties in promoting the development of male sex characteristics (for example, deep voice and body hair).

Steroids are available via prescription, for example, to treat testosterone deficiency in men. But as many people use steroids for non-medical reasons, they are often illegally obtained.

Population studies (for example, surveys and wastewater tests) show the use of steroids and other performance and image enhancing drugs in Australia is relatively low – between 0.1-0.8%.

But other indicators, such as the volume of steroids confiscated at the country’s borders and the number of steroid users accessing needle and syringe programs, paint a different picture.

So we don’t know exactly how many people use steroids in Australia and whether this number is increasing.

Many different types of users

The caricature of non-medical steroid users as narcissistic “gym bros” suffering from body image issues provides a simplistic account of user motivations. It ignores the spectrum of people who use steroids.

Typically, a person’s first experience using steroids occurs in their mid to late 20s. Many users have an above-average education and income and are not involved in professional sports. 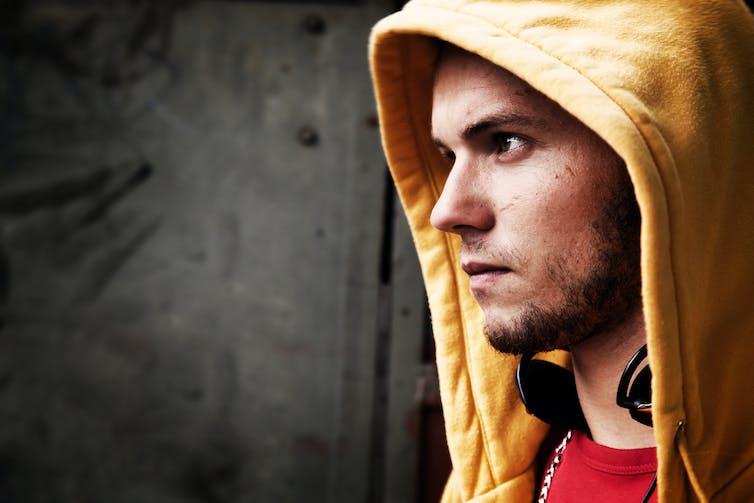 People tend to associate steroid use with aggression, but we don’t have clear evidence of a causal link. Image from shutterstock.com

Certainly many people use steroids for body image/cosmetic purposes, and to develop athletic performance – bodybuilding can encompass both.

But people also take steroids to support occupational performance. For example, police officers, security personnel and prison guards have been reported to use steroids to improve physical performance on the job.

Research has also found some people use steroids to achieve a youthful appearance, to increase sex drive and energy levels, or to aid recovery from illness or injury.

Steroids and health harms: what do we know?

The most commonly identified side effects are cosmetic in nature (for example, acne) which are often reversible once steroid use is halted.

But several serious health harms have been linked with steroid use, too.

There’s a growing body of evidence showing an association between the continued use of steroids and long-term health risks including heart disease and stroke and cognitive deficiencies.

Most knowledge about the harmful effects of steroids is at this stage based on low-level evidence, such as expert opinion, case reports or small observational studies, so we still need stronger evidence. Prospective clinical trials which examine the efficacy and long-term effects of recreational steroid use are absent, but there are some important studies underway.

In a number of studies comparing harms from a variety of drugs, relative to other drugs steroids consistently appear low on the list for general health harm as well as for physical, psychological and social harm to both users and society. 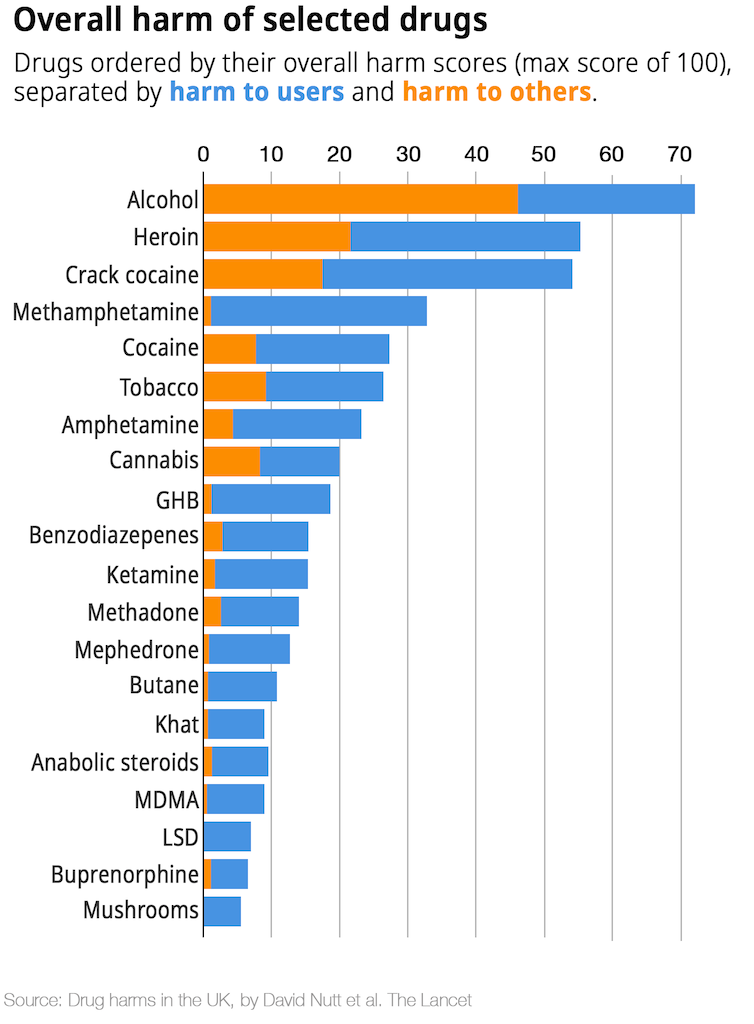 Compared with other drugs, the harm resulting from steroid use is low.

We must also appreciate the circumstances in which people use steroids can contribute to their risk of harm. For example, a person could be taking multiple substances simultaneously, or they might be using unverified products sourced illegally.

The type of steroids used, the dosage and the length of time someone has been using steroids are all relevant factors. So depending on their patterns of use, some people who use steroids will run greater health risks than others.

Another frequently cited side effect of non-medical steroid use is aggression and violence. In the mid-1980s, the notion steroid use leads to aggressive or violent behaviour became widespread, giving rise to the term “roid rage”.

Studies on animals have found a direct link between testosterone and increased aggressive behaviour. We need further research to see whether or not this phenomenon translates to humans.

There are likely to be many factors influencing the relationship between drugs (including steroids) and aggressive behaviour. This includes personality traits, neuropsychological risks, environmental influences, socioeconomic status, and/or the use of multiple substances at once.

While some people who use steroids report increased irritation, the complexity of the relationship between hormones and behaviour suggests violent outbursts can’t simply be accorded to using steroids.

A narrative centred on public health harms, the potential for violent behaviour and psychological disturbance naturally prioritise repressive means to combat the issue (for example, the criminalisation of drug users).

This tends to exclude evidence-based approaches based in public health and harm reduction such as the provision of tailored safe injection advice, drug testing services, and medical monitoring for people who use steroids for non-medical reasons. 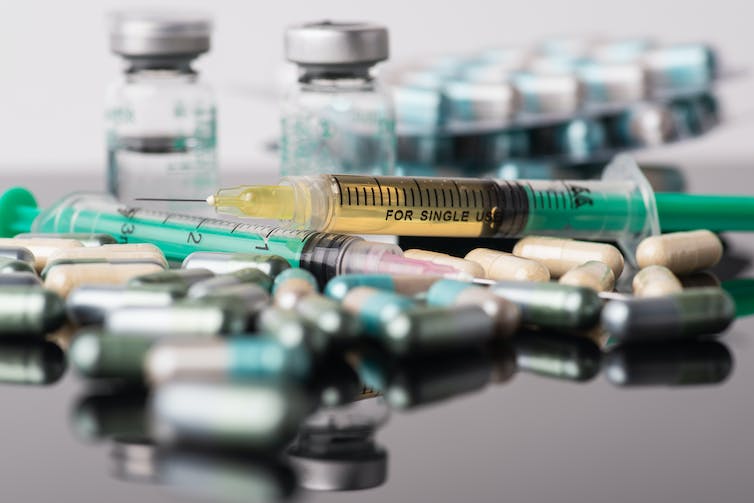 Steroids are often obtained illegally without a prescription. Image from shutterstock.com

Research in the field of alcohol and psychoactive drugs has highlighted the importance of acknowledging the benefits and pleasurable effects of drug use by healthy individuals.

For example, studies exploring the motivation for party drug use show fun and pleasure are central for users. Participants in these studies report using drugs gives them energy and confidence, reduces inhibitions, enhances feelings of connection to others, and intensifies sexual experience.

While the effects of steroid use differ from the “highs” of traditional drugs, they are nonetheless seen as pleasure-inducing and form part of the appeal of taking drugs in this context.

Like all drugs, steroid use has the potential to cause harm. If you’re someone who uses steroids, it’s safest to do so under the advice and guidance of a medical professional.

At the same time, we need to acknowledge the role of pleasure and other benefits in the use of steroids. Failing to do so may hinder our ability to address the phenomenon and explore alternative regulatory models.

Rational and critical debates on this topic are particularly important in a world that appears increasingly eager to explore the opportunities for human enhancement.

This article is republished from The Conversation under a Creative Commons licence. Read the original article.