'If JobSeeker was cut, the unemployed would be picking fruit'? Why that's not true

Exploitation and underpayment is rife in fruit picking. The Coronavirus Supplement appears not to have dented the will to work.
Peter Davidson | UNSW Newsroom 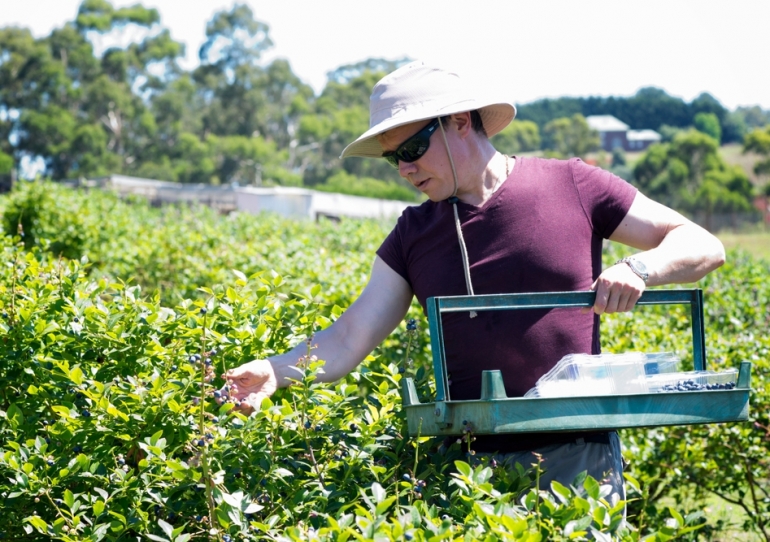 I’m not sure which does the most harm: the cut of A$150 per week in JobSeeker payments due this Friday or the sudden and coincidental volley of media reports about unemployed people refusing jobs, including fruit picking.

This narrative is jarring when there are 19 people unemployed or underemployed for every vacancy and only 3% of employers report that they are recruiting but can’t find enough applicants.

Are unemployment payments really that cosy since they almost doubled in April from $282.85 to $557.85 a week?

$557.85 a week for a single adult is around 80% of the full-time minimum after-tax wage of $669 per week, and a good less again as a proportion of what most entry level jobs pay, because most pay more than the minimum wage.

Five studies conducted in the United States where unemployment payments were lifted US$600 per week during the coronavirus crisis found no evidence they were discouraging people from finding jobs.

Some were making 70% more than they did while in jobs.

Unemployed workers would generally prefer to be in paid work, and in any event are usually required to search for it.

There are other reasons not to pick fruit…

Growers representatives have told a parliamentary inquiry that when JobSeeker payments were doubled, many workers collected their final cheques and went home.

But temporary migrants and young locals are often underpaid in such jobs.

Squeezed by powerful customers, employers with thin margins and a ready supply of labour have grown used to offering very low wages cash-in-hand.

In piece-work like picking where pay is tied to output, there’s no legal requirement to pay minimum wages.

A labour hire firm recently complained people weren’t taking up their offer of “at least $500 per week” to pick strawberries.

It’s not just the pay that discourages people from taking up crop picking: they need to be fit and able to travel for what’s often a short period of paid work.

This won’t work for many people on Jobseeker, including the quarter with disabilities, the third aged 45 or over, and the 10% caring for children.

There are ways to reduce under-payment and high turnover in such jobs.

Reducing our reliance on temporary migrants would be a first step.

More direct contact between the employers and unemployed people and less reliance on labour hire firms would help build trust.

…and other reasons not to work more days

Jobseeker tops up the wages of many part-time workers.

Former social security official David Plunkett calculates that before COVID and the effective doubling of JobSeeker, a worker on it gained a net $100 to $200 for working one to three days a week at the minimum wage, climbing to $269 for the fourth day, after which Jobseeker expired.

Since the new arrangements and top up that effectively doubled JobSeeker, the net gains have fallen slightly $100 to $175 for the first three days, before dropping to just $5 on the fourth.

The problem isn’t the effective doubling of JobSeeker, it’s the sudden-death cut off of the top-up as soon as the last dollar of Jobseeker expires.

That flaw could be fixed by tapering the supplement out gradually (rather than increasing the “income free area” to $150 per week as the government is proposing).

There’s no need to force people to choose between poverty and entry-level jobs.

Even if, for example, Jobseeker was increased permanently to the pension rate, it would still be under 70% of the minimum wage after tax.

Incentives for part-time work can be fixed by reforming income tests and tax. Beyond that, the answer to periodic labour shortages, exploitation and high turnover in entry-level jobs is better entry-level jobs.