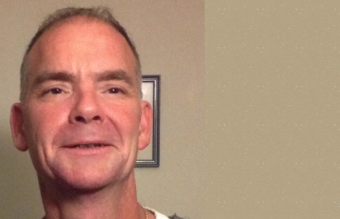 The focus on the National Disability Insurance Scheme (NDIS) as purely a social policy reform, which sits on the expense side of the government ledger, entirely misses the critical point that the NDIS is also a significant economic reform which will deliver substantial benefits in terms of productivity and workforce participation in particular.

In 2011 the Productivity Commission report into Disability Care and Support identified potential gains to GDP of 1% from the introduction of reforms to disability employment and disability support pension reform. It also measured a potential gain of $7.8bn (in 2011 dollars) from ‘implicit’ welfare transfers from the NDIS, flowing from the higher value that people with disability place on each dollar of support compared to average persons in the community.

In the same year, National Disability Services (NDS) was first to produce a model of the economic benefits of the NDIS by measuring the impact of allowing people with disability who were eligible for funded support under the NDIS to achieve their stated work intentions. Using the ABS survey (SDAC) available at the time, NDS predicted that the NDIS would raise GDP by $9.6bn per year.

In 2014, NDS’s Centre for Applied Disability Research (CADR) commissioned an updated estimate of the economy-wide effects of NDIS implementation. The analysis found the scheme will create 24,000-38,000 jobs for people with significant disability, with a similar increase in labour force participation of carers (approx. 34,000 FTE jobs). Many jobs will be created in other sectors as well. Using REMPLAM (a leading input/output econometric tool), we estimate disability employment gains will increase GDP by between $7 billion and $11bn in current (2015) dollars when the scheme is fully implemented by 2018/19. Increased employment of carers will also expand GDP by $11bn, leading to potential total GDP gains of $18-23bn per annum. There will also be increases in taxation revenue and savings to government in income support offsetting the costs of the scheme.

These are however, only potential gains.

Current debates on the long-term sustainability of government policies and how projected demographic changes may impact economic growth and public finances over the next 40 years (e.g. the intergenerational report), welfare reform (McClure review), and employment support for people with disability, all intersect with the implementation of the NDIS. Are disability employment services and the NDIS converging in accordance with the principles of choice and control? What hope is there for greater responsiveness and proclivity by mainstream employers and wider society to facilitate the greater economic participation of people living with disability?

Dr Brendan Long is a Senior Research Fellow at the Australian Centre for Christianity and Culture at Charles Sturt University. He is an economist with over two decades of experience in key government agencies (Treasury, Productivity Commission, the Department of Prime Minister and Cabinet, and the Office of National Assessments) and has held leadership policy roles in national peak organisations in the private and not-for-profit sectors (including Catholic Social Services Australia and National Disability Services). He has also been a senior political adviser for six years to Federal politicians including Simon Crean, Joel Fitzgibbon, Joseph Ludwig and Stephen Conroy. He holds a BEc from the ANU, a M.Litt from the ANU and a PhD from the University of Cambridge, and has published work on the religious aspects of Adam Smith's thought in leading international journals. Dr Long is working for the Australian Centre for Christianity and Culture on public theology and social policy, applying Christian theology to social and economic policy issues as part of the Civil Society research program of the Centre.

Gordon Duff is General Manager, Policy and Research at National Disability Services (NDS). Gordon has more than 20 years’ experience in human services and advocacy, in a career spanning New Zealand, Canada, the UK and Australia, and across academia, government, non-government and business sectors. During the UK Labour governments’ period of reform from 1997-2006, working in government and as an adviser, Gordon led initiatives to develop ‘whole systems’ responses across health, social services, and community development at local and central government levels. He is an ex-fellow of the Office for Public Management, one of the UKs leading public policy consultancies. Prior to joining NDS in 2008, Gordon worked with the NSW Council of Social Services and the NSW Department of Ageing, Disability and Home Care, managing sector development and program evaluation. Gordon supported the development of the NDIS as a member of the Expert Advisory Group on Sector and Workforce Capacity, and has led the establishment of the NDS Centre for Applied Disability Research. He holds Honours degrees in Economics and Business Administration from New Zealand universities and a Masters in Social Policy from the London School of Economics.