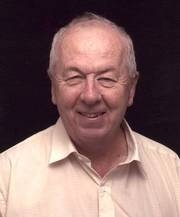 Aboriginal and Torres Strait Islander life expectancy estimates have been produced by the ABS for 20 years, since 2009 using a direct estimation method. The method has been subject to a range of criticisms but the ABS has been limited by the quality of Indigenous identification in death registrations and the population census, as well as the destruction of identified census records within 2 years of the census. State estimates have less reliability than national estimates, with death registration identification varying substantially.

Given the methodology, can the estimates be used to look at trends over time? The Indigenous population has been growing rapidly, faster than can be explained by births and deaths and after allowing for high rates of Indigenous/non-Indigenous couples. Identification is growing overall, and some people who have identified in one census do not identify in the next. As the population expands, how do we follow the progress of the original population if the new identifiers have different characteristics? What is driving the decision to identify? Does the identification question need to change?

This paper is based on research with Vanessa Lee, Kalinda Griffiths, and Clare Coleman.

Professor Richard Madden is a statistician and actuary who has worked in many government roles across Australia. He is Director of the National Centre for Classification in Health, an international centre of excellence in health classifications.

Richard is also Director of SCATSIS (Sydney Centre for Aboriginal and Torres Strait Islander Statistics) and is also Stream leader for the NDIS stream at the Centre for Disability Research and Policy.