Exploring the nature, extent and impact of child deprivation in NSW: a child-focused approach 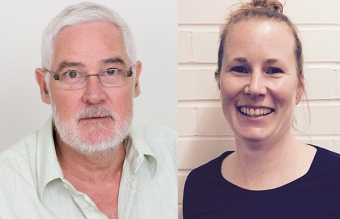 Conventional poverty studies that compare incomes with a poverty line have been criticised for being too narrowly focused on income rather than on the acceptability of the standard of living that can be achieved. These studies treat children as adding to the needs of the household but otherwise as invisible, while child poverty is estimated using information provided on and about, adults. In contrast, the deprivation approach pioneered by Townsend adopts a living standards perspective that reflects the views of individuals (including children and young people) about what goods and activities are needed to achieve a minimally acceptable standard and then asks if they have each item. This study is the first attempt to apply the deprivation approach in the Australian context, and will report initial results from a study that applies this new child-centred approach to a sample of around 2,700 young people aged 11-17 years attending a NSW government high school. After briefly describing how the study was conceptualised, developed and conducted, attention will focus on what the findings imply about the extent and nature of child deprivation and how it affects different dimensions of child well-being and (in a limited way) their relationships with family, peers and schooling. The survey was also completed by over 300 young people participating in The Smith Family’s Learning for Life program that provides extra support to encourage disadvantaged children and young people to stay at school longer. Comparisons of results within and between the two samples will be used to highlight how different groups of young people understand and experience poverty.

Peter Saunders was Director of the Social Policy Research Centre at UNSW from February 1987 until July 2009, and now holds a Research Chair in Social Policy within the Centre. His research interests include poverty and income distribution, household needs and living standards, social security reform, comparative social policy and ageing and social protection in China. He is Australia’s leading poverty researcher and his work in the field has been widely published, nationally and internationally. In 2015-2016 he served as a member of the Advisory Board for the World Bank Commission on Global Poverty.

Megan Bedford is a Senior Research Officer at the Social Policy Research Centre. She has experience working on projects on poverty, deprivation and social exclusion. The most recently completed project involved developing a set of budget standards for low-paid and unemployed Australians and their families. She is also currently involved in a three-year, mixed method longitudinal study that will track the experiences and educational outcomes of a sample of educational scholarship recipients and their transition from school to further education and employment.