Book Launch - John F Kennedy, A Reference Guide to His Life and Works 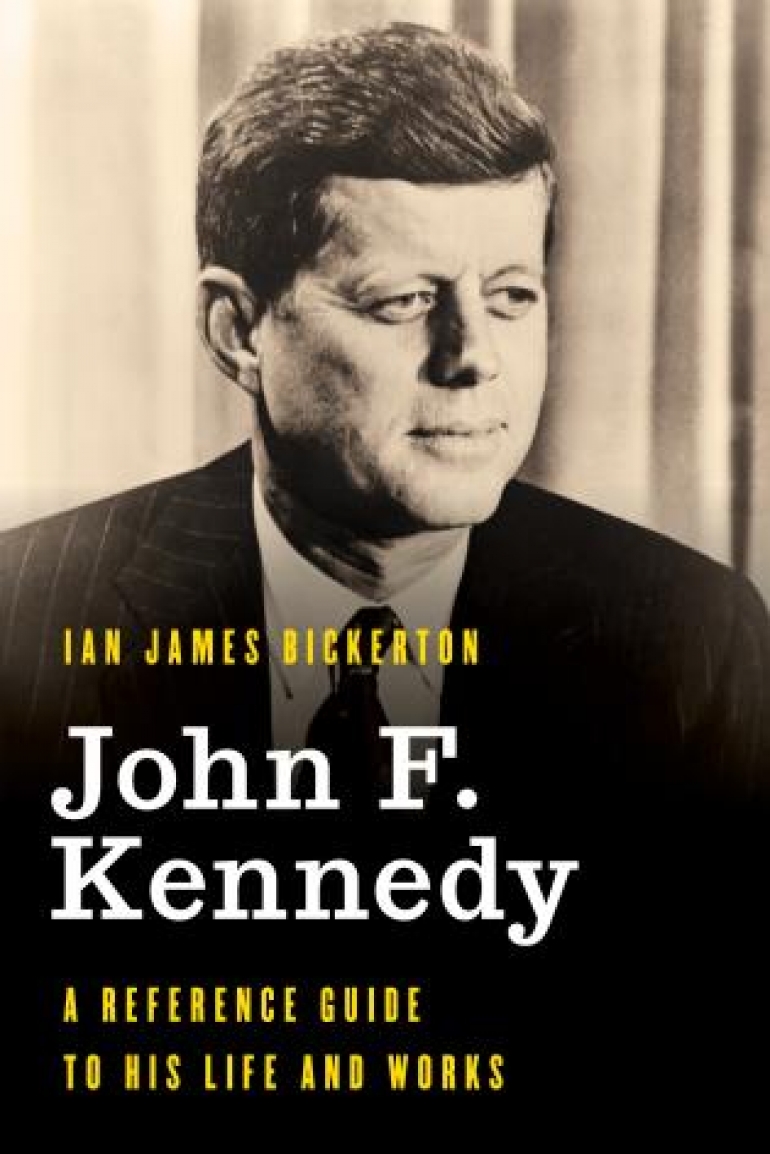 John F. Kennedy: A Reference Guide to His Life and Works cover all aspects of his life and work. Despite his short tenure in office, Kennedy shaped the domestic and international direction of the nation for decades to come. He is remembered domestically for the hope and encouragement he instilled in the struggle for civil rights, his support for the freedom riders and for equality for women. Abroad, his memory lives in his handling of the Cold War against an aggressive Soviet Union and such events as the Berlin crisis and Wall, his intervention in the Vietnam War, the invasion of Cuba and Bay of Pigs disaster, the Cuban Missile crisis, and the beginnings of space exploration—all of which tested the young, relatively inexperienced, leader.

Ian James Bickerton is an honorary associate professor and former member of the School of History at the University of New South Wales, Sydney, Australia, where he taught the history of the United States for more than thirty years. Dr. Bickerton is best known for his extensive work on the Arab-Israeli Conflict, on which he has written or edited nine books and assorted articles. He is especially interested in presidential decision-making.

Light refreshments will be provided.