SAM Seminar: YUCK! Provocations on the Cultural, Political and Aesthetic Dimensions of Disgust 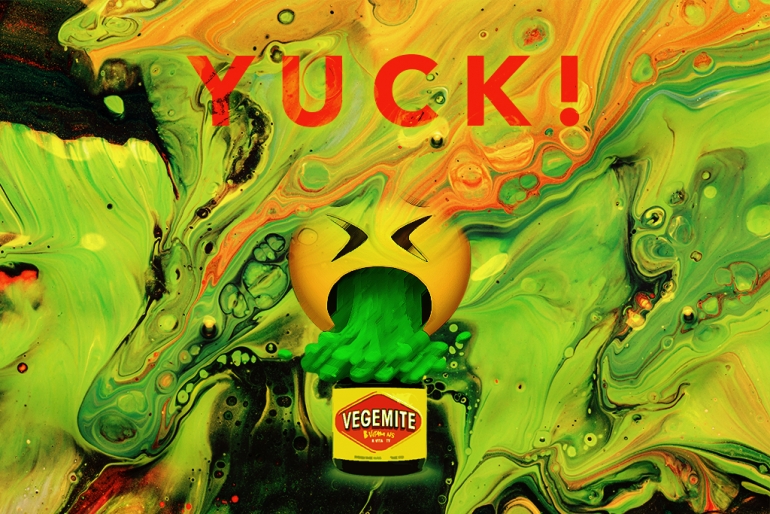 In the last SAM Seminar of 2019, provocateurs have been invited to challenge the notion of de gustibus non disputandum est (in matters of taste, there can be no disputes), explore the School’s disciplines and research fields from a new perspective and discover what synchronicities or fusions emerge.

What to expect at this Seminar...

Professor Michael Balfour: The contradictions of disgust
The trope of disgust is of an emotion that occurs with extreme immediacy– repugnance, aversion, loathing, and nausea.  This provocation posits that complex disgust can fester. It can creep with malignant stealth through the cognitive, emotional and moral system. I will draw on a critical incident in a CAT C prison in the UK in the late 1990s, working on a theatre project with a group of male lifers. Exploring elements of vulnerability, professional boundaries and moral disgust – the provocation will argue that disgust is at its most acidic when it dissolves rather than revolts.

Professor Emery Schubert: Can the noise that annoys be the sound that’s sound?
Can music be disgusting?  If it could, would we also be able to enjoy it?  If you don’t already know, stay tuned and find out. If you do, be prepared to be somewhat surprised.  Warning - this presentation may contain offensive sounds.

Dr. Michael Richardson: The Politics of Disgust
“I know where she went, it’s disgusting, I don’t want to talk about it. No, it’s too disgusting. Don’t say it, it’s disgusting, let’s not talk.” That’s Donald Trump, discussing Hilary Clinton taking a bathroom break. It is just one of the many things which disgust him. While his rhetoric about other races and religions steers clear of the word, his imagery evokes the rejection or ejection characteristic of disgust: deporting illegal immigrants, a wall on the Mexican border, a ban on Muslim travel. This paper argues that the affirmation, amplification and circulation of disgust is one of the primary affective drivers of Trump’s political success. In doing so, Trump capitalizes on the tendency of political conservatives to be more intensely moved by disgust. Discarding, ejecting or blocking the sticky, disgusting object becomes a visceral and even contagious necessity. Sharing that recoil, as Trump does with his most passionate supporters, can forge an intense, enduring and binding relation. While the dynamics of disgust are most evident in the crowds at his rallies, it is also mediatized and transmitted through broadcast and social media. As the Trump era unfolds, it is crucial to understand disgust as a mode of affective politics.

Zach Karpinellison: On the non-representation of disgust
Recent powerfully affective films such as The Body Remembers When the World Broke Open (Elle-Máijá &Tailfeathers & Kathleen Hepburn, 2019) deal with the horror and pain of violence and trauma from sexual assault and mental illness. Crucially, several do so by elision and the absence of graphic – i.e. disgusting– depictions of violence. In this provocation I gesture towards the strengths of choosing not to graphically represent violence, and thus not evoke disgust, but also consider what, if any, power is lost in this active omission.

Dr. Bryoni Trezise: How does an affect do? Writing disgust as method
In this brief provocation, I use some anecdotal thoughts around disgust, and around the performance and performativity of affects more broadly, to give retrospective naming to what I have up until this point experienced as an unwieldy and intuitive creative writing method. Have I been writing disgust as method? If so, does naming disgust as method help me to articulate the surfaces, rhythms, dynamics and unfoldings that are driving this unexpected form of storying? I use the intractable relationality of a speculative, hypothetical, performing and performative childhood – and its other, adulthood – as a starting point. That is, the focus of my narrative has been an angry child and her neurotic mother.

No need to book, all welcome!

Robert Webster Building is located mid-way off the UNSW main walkway. Map Reference G14. G17 is located on the ground floor. Please note the main entrance off the central walkway is on Level 1.