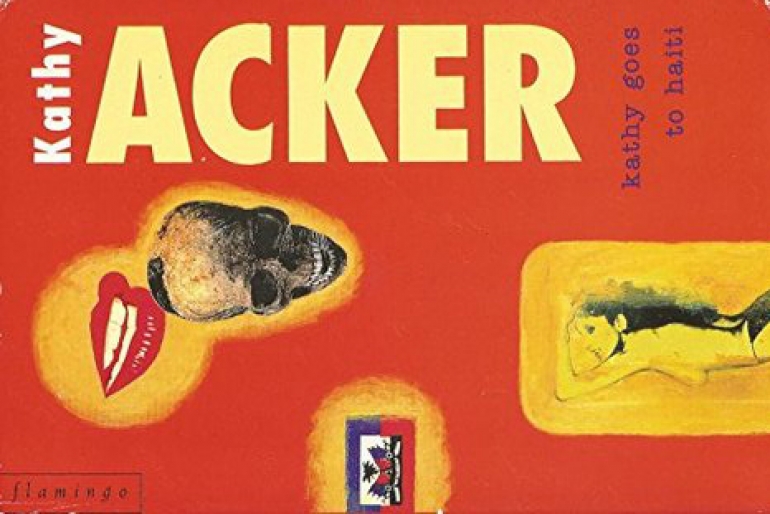 Celebrated as one of the boldest feminists of the 20th century, Kathy Acker participated in a ‘changing same’ of modernism’s and postmodernism’s programmatic quests for epistemic and aesthetic innovation. Her works insist on a literal and literary break with the past that has been continuously described as risky, revolutionary, and original. The following paper re-considers Acker’s feminism and experimentation with a special focus on her 1978 novel Kathy Goes to Haiti. Interrogating the techniques and technologies through which Acker racialised the text and its form, the paper insists on revisiting White feminism’s antiblackness and investigating further the limitations of risk and revolution. Bringing Black and Gender critique into dialogue with modernist studies, I trace the implicated and complicated effects of Acker’s novel and consider its ongoing celebration by critics who overlooked racial violence and emancipation’s failures. Specifically, I examine the ways the novelbuilt on already existing racist stereotypes and argue that parody as a technique for deconstruction failed to overcome Acker’s complicity in White ideology. One of the reasons for this is that the shattering of form intended by satire resulted in an intensification of antiblackness and prolonged the very images it aimed to collapse. Acker’s reflections on risk, existence, and abortion suggest that this kind of failure was visible and vested in her work. Critical receptions precluded this recognition by continually celebrating Acker’s undoing of form and tradition. The following paper suggests a re-evaluation of the meanings of risk and subversive narrativisation, and offers insights into Acker’s own scepticism and hesitations. By addressing the redoubling of failure and its embeddedness in the ways texts are read and written, I join a conversation opened at the intersection of Critical Whiteness, Race, and Modernist Studies, Black Theory, and Decolonial Humanities.

Mariya Nikolova is a doctoral candidate of the Research Training Group Minor Cosmopolitanisms with a joint PhD fellowship at Potsdam University (Germany) and the University of New South Wales, Sydney (Australia). She is a member of  the doctoral network "Perspectives in the Cultural Analysis: Black Diaspora, Decoloniality, and Transnationalism". Mariya has worked as an interpreter for women affected by HIV at the Bremer Public Health Department and was coordinator of the Volunteer, English and Youth Zones Departments of the Bulgarian Youth and Children Parliament. She received a Masters degree in Transnational Literature, Theatre and Film at the University of Bremen, Germany, and a Bachelor degree in English-Speaking Cultures and Political Science at the University of Bremen and Birmingham City University, Great Britain. Mariya's  dissertation project interrogates tropes of futurity embedded in and owned by 20th and 21st century American avant-garde and neo-avant-garde highly racialized canons. Bringing postmodern criticism in dialogue with Black contemporary cultural theory, Mariya examines white modernism's and postmodernisms's programmatic quest for epistemic and aesthetic innovation and the antiblack violence sustaining this quest.

No need to book, all welcome!

Robert Webster Building is located mid-way off the UNSW main walkway. Map Reference G14. 332 is located on the third floor. Please note the main entrance off the central walkway is on Level 1.