Forces in Music with Rhyan Clapham, AKA DOBBY // Open Masterclass 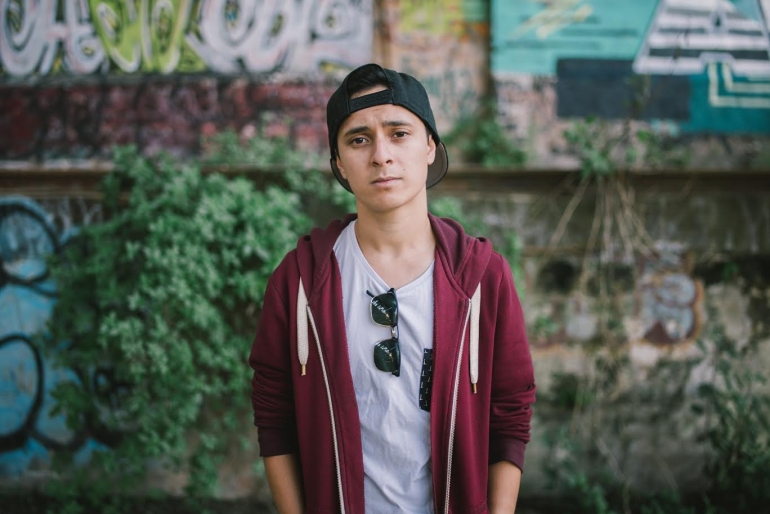 Rhyan Clapham, AKA DOBBY, is a rapper, drummer, speaker and workshop facilitator. Aged 24, he proudly identifies as a Filipino and Aboriginal musician, whose family is from Brewarrina on Ngemba land, and is a member of the Murrawarri Republic in Weilmoringle, NSW. He is also a skilled composer, and is the 2017 recipient for the bi-annual Peter Sculthorpe Fellowship.

​Rhyan’s musical training began at age 7. He studied classical piano and achieved AMEB grade 6 and grade 2 musicianship. At age 14, he learned jazz drumkit, and in 2012 performed as part of the Wollongong Conservatorium of Music in California and Nevada, USA. Rhyan has completed a Bachelor of Music at the University of NSW, and an Indigenous Studies Honours (focusing on Aboriginal Hip Hop music) in 2015. He has performed as a rapper and drummer for a variety of events such as BIGSOUND 2017/18, The Plot Festival, Yabun Festival, UNSW corporate and academic functions, Koori Radio events and at numerous NAIDOC celebrations across Australia. He recently spoke on a panel as part of VIVID Sydney’s VIVID Ideas Exchange.​​

He currently facilitates Hip Hop and drum workshops in community centres and schools throughout Sydney and rural NSW. Rhyan co-hosts the Hip Hop show ‘Sunsets with DOBBY and DIOLA’ on FBi Radio. He is also currently an academic tutor in Indigenous Studies at UNSW.

​DOBBY released his self-titled DOBBY EP in September 2018, which he wrote and produced. The EP was listed as 1 of 6 "incredible Australian artists you need to hear this week" on Tonedeaf, being described as a ‘sonic showcase of rhythm,’ ​and listed as the ‘BIGSOUND buzz act’ DOBBY's live show has been described as ‘mind blowing,’ ‘dynamic,’ and ‘powerful.’

This masterclass will take the form of a presentation (lecture and/or performance) by our invited guest followed by related performances from members of the UNSW student cohort. At the end of the presentation there will be time for questions, feedback and discussion.

The Forces in Music Masterclasses supports students specialisations, but everyone is welcome from the wider UNSW community and beyond!