As part of Social Sciences Week 2020, we would like to make some book suggestions should you like to read more about the work our academics and researchers do. 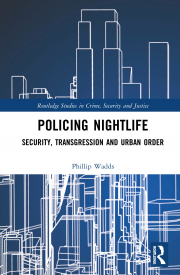 This book explores Sydney’s contemporary night-time economy as the product of an intersection of both local and global transformations, as policing comes to incorporate more and more ‘private’ personnel empowered to regulate ‘public’ drinking and nightlife.

Policing Nightlife focuses on the historical and social conditions, cultural meanings and regulatory controls that have shaped both public and private forms of policing and security in contemporary urban nightlife. In so doing, it reflects more broadly on global changes in the nature of contemporary policing and how aspects of neoliberalism and the ideal of the ‘24-hour city’ have shaped policing, security and night-time leisure. Based on a decade of research and interviews with both police and doorstaff working in nightlife settings, it explores the effectiveness of policies governing policing and private security in the night-time economy in the context of media, political and public debates about regulation, and the gendered and highly masculine aspects of much of this work. 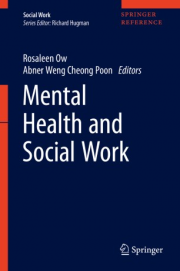 A huge congratulations to Michael Peters who has published his first monograph - a wonderful achievement in one’s career!

The book is called Regulating the Rise of China: Australia’s Foray into Middle Power Economics (2019), with Palgrave Macmillan. His book revises the existing account of the first Rudd Government's engagement with China, placing Australian foreign direct investment screening policy at the centre of the story. At the time, the Rudd Government was accused of holding an unnecessarily interventionist approach to Chinese Sovereign-Owned Enterprise investments into the Australian mining sector. His book claims that the Australian Government had a deep and coherent understanding of the problem posed by Chinese investments that went well-beyond any simplistic 'China Inc.' or geopolitical threats. The key policymakers believed that the Chinese state-directed investments threatened the integrity of the liberal governance structures on which the Australian state is founded, and so Australian sovereignty itself. While the response of the Rudd Government was largely ineffectual, the logic underpinning it remains the best framework for guiding Australia's engagement with China into the 2020s, as well as the engagement of other liberal states coming to grips with China's rise.

Warmest congratulations also go out to George (Kev) Dertadian on the publication of his first book! Again, something to be seriously celebrated. The book is titled A Fine Line: Painkillers and Pleasure in the Age of Anxiety. 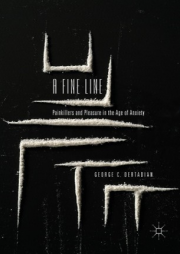 About the book: Are painkillers mundane medications safe for use to ease human suffering? Or are they drugs of abuse that cause addiction and death? Do they ameliorate pain, or do they cause it? This book explores growing interest among medical practitioners media outlets about the ‘misuse’ or ‘abuse’ of pharmaceutical pain medications. It contextualizes these emerging discourses of pharmaceutical ‘abuse’ within the social and political histories from which they have emerged by exploring the role of pleasure and pain in shaping individualized modes of medication consumption in a neoliberal age of anxiety. The book is divided into two parts: the first addresses the discursive construction of painkiller (ab)use as articulated in research and policy accounts; the second part provides an empirical investigation that draws on the lived experience of those who engage in non-medical consumption. This book argues that, contrary to the stereotype of the ‘seductive’ drug that coaxes its user into a life of dysfunction, there appears to be an intimate relationship between the motivations of pleasure seeking, health practice and productive citizenship among people who use painkillers for non-medical reasons.

Congratulations also for Alyce McGovern whose new book Craftivism and Yarnbombing: A Criminological Exploration, with Palgrave Macmillan, also hit the shelves in September 2019. 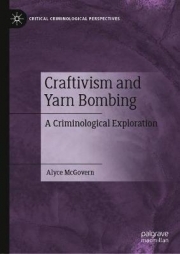 This book explores the use of handmade crafts as a vehicle for protest. Craftivism has experienced a resurgence in recent years, often in direct response to the social, environment and political concerns of those who engage in the practice. Acts of craftivism raise important questions for criminologists about the use of public space, power, and resistance. McGovern focuses on an example of the ‘craftivist’ movement that has been steadily gaining momentum since the early to mid-2000s: yarn bombing. As an urban craft movement that melds the skills of knitting or crochet with the act of graffiti, yarn bombing has the potential to contribute to criminological understandings of graffiti and street art, particularly on issues of gender, perceptions of and motivations for graffiti, and the commodification of crime. Drawing on interviews with yarn bombers and craftivists, Craftivism and Yarn Bombing explores how such acts can be understood and explored through a criminological lens, and will be of interest to students and scholars across a range of disciplines, including criminology, sociology, cultural studies, gender studies, and urban studies. 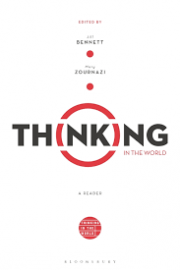 Heartiest of congratulations also to Mary Zournazi who has produced an edited collection with Scientia Professor Jill Bennett entitled Thinking in the World.

The Reader was released in December 2019 with Bloomsbury Academic. In Thinking in the World, Jill Bennett and Mary Zournazi curate writings and conversations with some of the most influential thinkers in the world and ask them not just why we should engage with the world, but also how we might do this. Rather than simply thinking about the world, the authors examine the ways in which we think in and with the world. Whether it's how to be environmentally responsible, how to think in film, or how to dance with a non-human, the need to engage meaningfully in a lived way is at the forefront of this collection. This Reader launches Thinking in the World Book Series which Bennett and Zournazi are the editors.

Another book we recommend is Arts-based methods in refugee research: Creating sanctuary written by Caroline Lenette and published in 2019 through Springer. 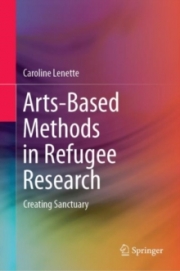 Drawn from a decade of refugee studies, this book offers a wealth of insights on arts-based methodologies. It explores exciting new prospects for participatory and culturally safe research, and will be a reference resource for researchers of all levels and community practitioners. The book tackles questions of meaningful research practice: How do people with lived experiences of forced migration—Knowledge Holders—lead the way? Can arts-based methods bring about policy and social change? And what of ethical issues? By reflecting on the strengths and limitations of four research methods (digital storytelling, photography, community music, and participatory video), readers are invited to craft their own approach to arts-based projects.

Last but not least, congratulations to Dixie Link Gordon for her book Breaking Silent Codes: Across Australian and the Pacific Against Sexual Abuse and Family Violence for First Nations Women (2019) published by Blur Projects. Beyond a book, it's also a project on its own and was also part of an art exhibition with the City of Sydney. 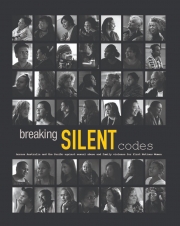 About the book: In August 2018, UNSW Arts and Social Sciences, Women's Legal Service NSW and the National Centre for Indigenous Excellence sponsored and hosted a unique forum of 42 Aboriginal, Torres Strait and Pacific Islander women intended to 'Break Silent Codes' and share stories of cultural and spiritual responses to the issue of sexual assault and family violence in communities across Australia and the Pacific. The forum provided a platform for women to discuss the ways in which community, religion, authority and family create silences around sexual assault and family violence. There are many injustices experienced by Aboriginal and Torres Strait and Pacific Islander communities. For a long time, it has seemed that all other matters of injustice are more important than the sexual assault and domestic violence in communities. Women experience this as a silencing of issues important to their spiritual and physical well being. Through this book, we share with you the stories of this gathering which has now become a movement of its own for First Nations women across Australia and the Pacific.

Our full article on this book is available here.