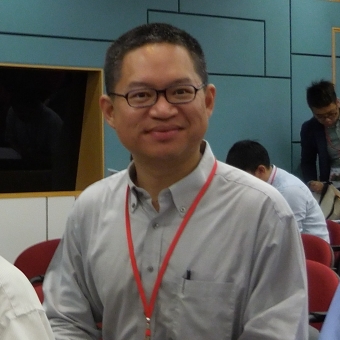 Wah Guan LIM is excited to be back at his Alma Mater, UNSW.  After completing his B.A. (Hons 1) in Chinese Literature and Theatre and Performance Studies here, he went on to pursue an M.St. in Chinese Studies at Oxford, M.A. in East Asian Studies at Princeton and Ph.D. in Asian Literature, Religion and Culture at Cornell.  Upon graduating from Cornell, he served in a tenure-track position as Assistant Professor of Chinese at Bard College, a liberal arts college in New York state, which he left to return to UNSW, favouring its proximity to Asia and strong research culture.

Dr Lim returns to UNSW as Lecturer in Chinese Studies and an Early Career Researcher (ECR).  He works across the interstices of Chinese literature, theatre and performance, and film studies.  His research examines the politics of culture and performance across the Chinese communities in East and Southeast Asia, demonstrating how theatrical performances complicate national or ethno-cultural discourse and explores the interplay between theatre and politics, cultural identity and artistic expression.

His essays and reviews, in English and Chinese, have appeared in the Journal of the Oriental Society of Australia (JOSA), Polyphony Embodied: Freedom and Fate in Gao Xingjian’s Writings, the Hong Kong Drama Review (HKDR), Singapore: Negotiating State and Society, 1965–2015, the Journal of Modern Literature in Chinese (JMLC) and Gao Xingjian and Transmedia Aesthetics.  He is currently completing a monograph titled Denationalizing Identities: The Politics of Performance in the Chinese Diaspora, which focuses on four of the most important director-playwrights in the contemporary Chinese-speaking world: Kuo Pao Kun (1939–2002, Singapore), Gao Xingjian (b. 1940, China), Danny Yung Ning Tsun (b. 1943, Hong Kong) and Lai Sheng-chuan (West. Stan Lai, b. 1954, Taiwan).

His work on transnational Chinese theatre has earned invitations to guest lecture and present papers on the topic in academic symposia and conferences in London, Taipei, Singapore, Sydney, Erlangen, Hamilton (New York), Ithaca and Harvard.  He was awarded the “Outstanding Thesis Presentation for Young Scholars Award” at the 10th Chinese Drama Festival (2016) — the oldest biannual platform showcasing the convergence of praxis and scholarship on theatre and performance in the Chinese-speaking world — as well as having been the recipient of external competitive fellowships such as the Center for Chinese Studies Research Grant and the Taiwan Fellowship.

Dr Lim’s varied interests go beyond his scholarly pursuits.  While doing his B.A., he was a thespian with the New South Wales University Theatrical Society (NUTS), having performed in every theatre space on campus.  A speaker of several Chinese dialects, in addition to Mandarin, he served as linguistic consultant to the international best-sellers Crazy Rich Asians, China Rich Girlfriend and Rich People Problems, by Kevin Kwan, and as a casting and script translation consultant for the production Dim Sum Warriors: The Musical, by the New York-based Singaporean filmmakers and comic artists Jocelyn Woo Yenyen and Colin Goh, produced by Stan Lai with a transnational Chinese cast that premiered in Shanghai.  As a past recipient of the New College Award, he is particularly eager to learn from and contribute to the vibrant scholarly communities in UNSW and the New College Postgraduate Village, where he has just been appointed Fellow.