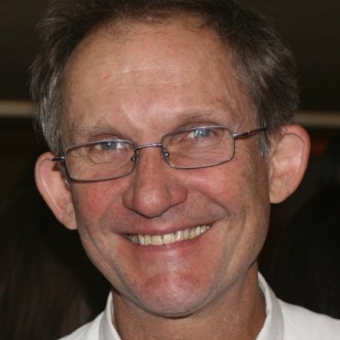 Stephen Muecke is Professor of Ethnography at the University of New South Wales, Sydney, where he is part of the Environmental Humanities programme. He has written extensively on Indigenous Australia, especially in the Kimberley, and on the Indian Ocean.He is a Fellow of the Australian Academy of the Humanities and a Faculty member, Global Center for Advanced Studies, Switzerland.He is the author, editor or translator of 19 books, and 31 refereed articles since 2000. He has supervised 56 research theses, Honours to PhD, and is a creative writer (fictocritical writing, poetry) with several shortlistings and prizes.

Joe in the Andamans and Other Fictocritical Stories, Shortlisted for
2010 Adelaide Festival Awards for Literature in the Innovation Category.

Centenary Medal 2002, For Service to Australian Society and the Humanities in the Study of Aboriginal Philosophy.

About this little devil and this little fella, Shortlisted for the Western Australian Premier’s Book Awards, 1999.