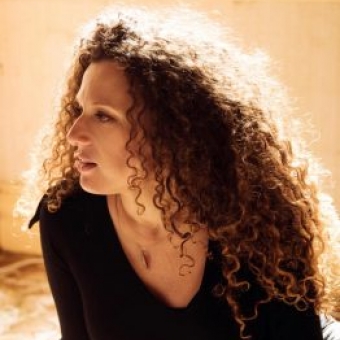 Praised by the New York Times and The Age for her “dynamic” and “powerful” performances, and by the Woodstock Times for her “miraculous keyboard technique and musicianship”, Ukrainian-born pianist Sonya Lifschitz is internationally recognised as one of Australia’s most innovative, fearless and fiercely creative musical voices. In 2015-2018 seasons, Sonya made a critically-acclaimed solo debut in one of New York’s most prestigious concert series, the BargeMusic, with other highlights including a piano duo tour of the USA with renowned pianist Lisa Moore; solo and chamber music performances at the Banff Centre (Canada), the Melbourne Recital Centre’s Salon: Solo, Local Heroes and Spotlight series, and the Melbourne (MIAF), Adelaide (AF), Canberra (CIMF), Darwin, Port Fairy, Metropolis, MONAFOMA, St. John’s Feast of Music and Australian Piano Duo Festivals. Her recent performance of the world premiere ‘Stalin’s Piano’ by Robert Davidson at the Canberra International Music Festival received a 4.5 stars review in the Limelight Magazine, and a recent performance of Larry Sitsky’s piano trio, Sandakan, commissioned by her contemporary music ensemble Press, Play, received the Melbourne Recital Centre’s Contemporary Masters Award for the best performance of new work. Sonya’s performances are regularly broadcast by ABC Classic FM, ABC Radio National, and 3MBS and she has appeared on radio in interviews with Andrew Ford, Margaret Throsby, Alice Keath, and as a regular presenter on ABC Classic FM.

Sonya is increasingly active as a music curator and director, creating innovative, cross-disciplinary, multimedia works that re-contextualise the classical canon and push the boundaries of conventional concert practices. In 2015 she directed and performed a critically-acclaimed multi-disciplinary project (Canzone) for the Melbourne Festival, which integrated performance, visual art, and animated projections to re-imagine music of Claudio Monteverdi through contemporary lens. In 2016, as a Fellow at the Australian National Academy of Music, Sonya directed and presented a fully staged, multi-space performance of all four books of George Crumb’s Makrokosmos in collaboration with Australia’s leading theatre and lighting design artists as well as the students and faculty of the Academy. This year, she has premiered a multimedia work for piano and video (Stalin’s Piano) at the National Gallery of Australia, integrating archival footage of iconic creative and political figures, virtuoso piano music and spoken word. A fierce advocate for new music, Sonya has commissioned and premiered numerous large-scale works by composers such as Larry Sitsky, Kate Neal, Robert Davidson, Damian Barbeler, Steve Adams, and Anthony Lyons. A passionate collaborator, she has worked with some of Australia’s top performers, including Lisa Moore, Stephen Emmerson, Joe Chindamo, Miwako Abe, Caroline Henbest, Vanessa Tomlinson, Topology, the Kransky Sisters, Christine Johnston, and members of the Flinders Quartet, Australian Chamber Orchestra, Melbourne Symphony and Queensland Symphony Orchestras.

Sonya’s research interests are increasingly growing in the direction of aesthetic diversification in respect to performance-making in the current cultural, social and economic climate. Of specific interest is creating collaborative, multi-art-form performances with strong social and artistic outcomes. The central tenet of her university award-nominated PhD dissertation “Creative Collaboration in and as Contemporary Performance Practice”, is that the lines of demarcation between the processes of composition and musical interpretation/performance are significantly more blurred than is traditionally perceived. She argues that the composer/performer dichotomy prevalent in the late nineteenth and twentieth centuries’ conceptualisation of Western art music is no longer a viable model through which to creatively engage with art music and the practice of music-making in the twenty-first century. She posits that successful (musical) work-realisation is contingent on a symbiotic relationship between the multiple agencies bearing on the final creative outcome, such as the composer, performer, audience, musical notation, performance practice, instrument, and contemporary technologies.

In addition to performing, collaborating and researching, Sonya is a passionate pedagogue who strives to inspire and nurture the unique creative potential in all her students. She is an ardent advocate for music as a powerful agency to affect positive change in the world and uplift the human spirit. In pursuit of pedagogical excellence, she is currently undertaking a Professional Certification Program at the Golandsky Institute (USA) in the Taubman Approach – an innovative, scientifically-grounded pedagogical methodology aimed at assisting pianists overcome technical limitations, develop healthy, co-ordinate virtuosity, and cure playing-related injuries.

A Fulbright Scholar, Sonya studied under the legendary pianist-conductor Leon Fleisher at the Peabody Conservatory of Music (John Hopkins University, USA). Currently, Sonya holds a Lecturer in Music Performance position at UNSW and has previously been a Lecturer in Performance (Piano) and pianist in the Ensemble-in-Residence at the ANU School of Music. Sonya is a regular presenter on ABC Classic FM radio. www.sonyalifschitz.com