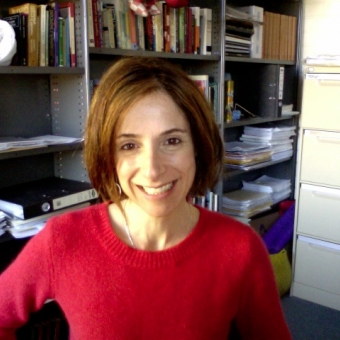 I teach and write on transnational histories of migration, displacement, refugees and family, with a current focus on the Displaced Persons of postwar Europe. I am fascinated in particular with the stories told by DPs themselves about their journeys of wartime displacement to the Allies and how this in turn contributed to the development of the modern humanitarian and legal idea of the refugee. I am completing a book about the 'hard core', those DPs who were not immediately acceptable to western resettlement programs. I have written previously on the history of children disabled by war or birth, whose families were broken apart by the  postwar immigration policies of western nations. See, for example, 'Children Left Behind: Families, Refugees and Immigration in Postwar Europe', History Workshop Journal 2016, http://hwj.oxfordjournals.org/content/early/2016/08/11/hwj.dbw021.full.pdf?keytype=ref&ijkey=CPIz2ylUF4DOOKM

I also hold an ARC Discovery grant together with Professor Sheila Fitzpatrick from the University of Sydney and Dr Jayne Persian at the University of Southern Queensland, and our joint project is entitled “Displacement and Resettlement: Russian and Russian-speaking Jewish Displaced Persons arriving in Australia via the ”China” Route in the Wake of the Second World War”.

My background as a filmmaker has also led me to become increasingly interested in the importance of making Australian history in accessible and creative ways. In 2014 my radio documentary 'The Somerton Man: A Mystery in Four Acts' aired on Radio National's Hindsight program, and I am currently researching a documentary film project exploring the story of my grandmother, who came to Australia as a Jewish refugee. This has been commissioned by ABC Radio National in 2018 and will appear broadcast in The History Listen program slot.