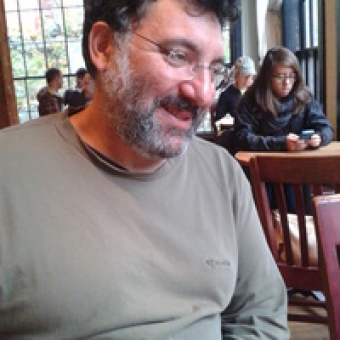 Michaelis Michael studied zoology and philosophy at Monash University in Melbourne before doing a PhD in philosophy at Princeton University. He works across a broad range of topics in philosophy, from human rights to formal logic. He has recently published on the role of non-cognitive factors in religious conversion, on arguments on the metaphysics of mind, and against the idea we need to adopt deviant logics to deal with inconsistent theories in science.

A recent focus has been on the way Big Data has changed the way we do science and the possible costs of those changes.

He has recently published a book on the conceptual and empirical aspects of the theory of natural selection.