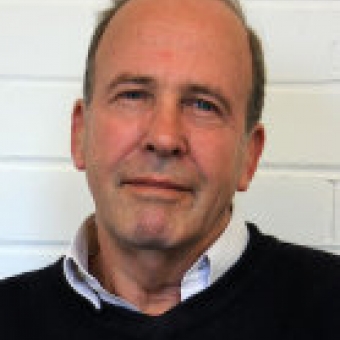 Michael Johnson is an Associate Professor at the School of Social Sciences, Faculty of Arts and Social Sciences, UNSW. He teaches on a part-time basis in the MA Development Studies program.

Michael was a founding Director on the Board of The Fred Hollows Foundation and is currently a director. In this role, which overlaps his academic research interests, he is interested in research on applying a human rights framework to development organisations and programs.

He was awarded the Membership of the Order of Australia (AM) in the Queen's Birthday Day Awards in 2014 for his contribution to tackling avoidable blindness in the world and higher education.Research Areas

Research areas include the role and management of the public sector in the Australian economy and society, especially in the area of infrastructure policy and the regulation of water, electricity and social services. Policy development, with a focus on the management of NGOs , their programs and the application of a human rights framework to development work in low income countries.

Effective and efficient management of international NGOs working in development

This project involves examining critical aspects of  the effective and efficient management of international NGOs working in development. These include studies of the growing numbers of formally established social and community organisations in developing countries, the nature of international NGOs relations with them and  areas of concern in these relationships, including the nature of any 'partnerships' and including their policy, regulatory and governance dimensions.

The particular area of concern here is in relation to the extension of the rights that contribute to employment and income security and the rights framework applied to the access to medical services, particularly those related to restoring sight.

Political economy of the provision and reform of infrastructure in Australia

In particular a focus on the public/private mix in infrastructure provision by the states and Commonwealth and the effectiveness of the current policies and institutional structure used to manage it.

SOCW 7852 The Politics of International Aid

Michael previously taught economic history, theory and policy in the School of Economics at UNSW.