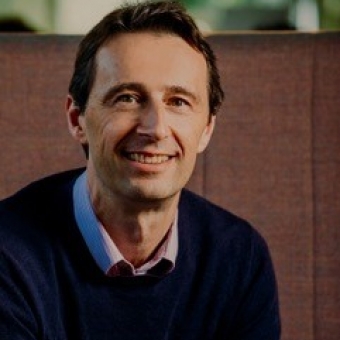 Michael Balfour is Head of School and Professor of Theatre and Performance at UNSW.

Michael’s research explores applied theatre and performance work in a range of social contexts. He is currently lead investigator on Future Stories, a collaboration between UNSW, Griffith Film School and Queensland Childrens’ Health which explores the social benefits of co-designing virtual reality (VR) experiences with children in hospital. He has received numerous competitive national grants for projects including theatre and performance-based work in prisons, creative approaches to supporting the mental health of returning servicemen from Iraq and Afghanistan, and arts-based work with newly arrived refugee communities. Michael’s work with creative approaches to working with people with mid to late stage dementia won a Creative Partnerships Award, and he was also the recipient of the Arts and Health National Leadership Award in 2017.

Michael has authored or edited 8 books, and over 50 book chapters and academic journal articles. His most recent publications include Performing Arts in Prisons: Creative Perspectives (Intellect, 2019), and Applied Theatre: Understanding Change (Springer, 2018) with Kelly Freebody, Michael Anderson and Michael Finneran. He is the series editor of the Bloomsbury Methuen applied theatre book series, that brings together leading international scholars to engage with and advance key themes in the field of applied theatre.

2014 Strategic learning and teaching grant. The Twenty-first Century Academic: Re-imagining the life and work of academic staff to contribute to an enhanced university experience for staff and students ($50,000).

2013 Department of Immigration and Border Security. Traction and engagement project with young people from Logan ($50,000). Co-investigator with community agencies and Queensland Theatre Company.

2013 Australian Council of the Arts, Daughters of the Floating Brothel, ($20,000). Creative development of a verbatim project with women in corrections. Co-investigator with Woodland, S.

2008 Department of Immigration and Citizenship, in partnership with Refugee and Immigration Legal Services (RAILS) for a community based Citizenship Education Program. ($40,000).