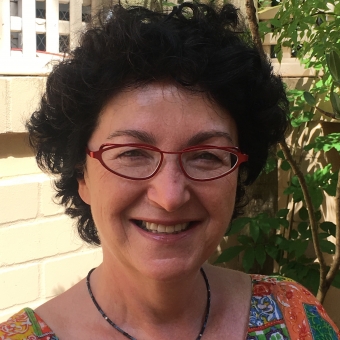 I am the founder of the MA in Interpreting and Translation Studies - a professional program endorsed by the National Accreditation Authority for Translators and Interpreters (NAATI). I was the Program Convenor (2005-2010, and (2014-15), the Deputy Head of School of Languages and Linguistics (2005-2010), and the Head of School of International Studies (2011-12). I was a Director on the NAATI Board (2010- 2016) and am the Chair of NAATI's Technical Reference Advisory Committee (TRAC).

My historical enquiry raises the questions about Western intellectuals' involvement with the interwar Soviet Union, and closely looks at the attraction of eminent Western writers and artists (G.B Shaw, H.G.Wells, V. Gollancz, R. Rolland, L. Aragon, Jean-Richard Bloch, L.Feuchtwanger) to Stalin's USSR in the light of the developing Soviet cultural propaganda. I was among the first researchers who worked on the declassified documents of Soviet 'cultural' organisations in the former Soviet archives - research that led to the publication of her monograph Western intellectuals and the Soviet Union. From Red Square to the Left Bank, 1920-40, Routledge, 2007. I am the co-editor, with Rachel Mazuy, of the book Moscou-Caucase Été 1934. Lettres de voyage en URSS, Jean-Richard et Marguerite Bloch, CNRS Éditions, Paris, 2019. I am working on Soviet espionage in the 1920s-30s France and WWII-time relations between western intellectuals and the USSR.

As a researcher and educator of interpreters and interpreter users (particularly legal and courtroom), I have been a consultant and an invited speaker in Australian legal and judiciary bodies (Judicial Commission of NSW, Bar Association of NSW, National Judicial College of Australia, Australasian Institute of Judicial Administration) and overseas (ICTY, ICC, STL). I was commissioned by AusAID to design and deliver a suite of interpreting workshops for the officials of the Ministry of Foreign Affairs of Lao PDR (2005-2011).