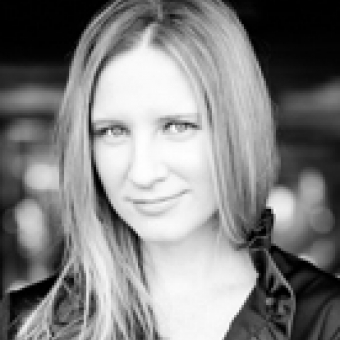 Tell me about your current role...

I write, record and produce music scores and soundtracks, mainly for international film. I also create music with artists across art forms, including music and songs for live performance, literature, visual art, sculpture, and immersive gallery works across the world. I often get called upon to speak about my work, storytelling and creativity.

In general, I spend my days engaging in routines and rituals that all build upon the bigger long range works, dreams and goals. I take the time to plan out these ambitious, larger projects, so that on a daily basis I can use all of my resources into being creative and to focus and sink into the finer details of the work.

My days looks a little differently depending on what stage of a project I’m in. At the very beginning, I’m establishing the main musical and conceptual ideas for the work. It’s about finding those threads of gold that speak directly to, or grow out of that particular story, project or setting.

When I’m composing, these ideas meld and grow. The goal is to reach a creative flow state where you lose track of time, and this moves much more quickly than the idea development phase.

What is one thing you love about your job?

I love the collaborators I get to work with. Stepping into a film director’s creative vision in another language (music) is exciting, deeply engaging and very rewarding. Leading that vision with vastly skilled musician performers demands constantly lifting the level of my own work, challenging me to write something they too can believe in, and also relax into as they play. It involves risk, trust and vision and us all stepping in when we never feel as if we are completely ready.

The best part of the process for me is conducting a recording session in the studio. There is nothing like leading an orchestra through this. It exists within the context of a well honed structure and ritual (timings, roles etc) and within this safety, creative risks can be taken to hopefully create some magic along the way.

How do you stay focused and inspired in what you do?

I take notice when there’s a project or story or idea that I’m drawn to, excited by and when I feel that nervous excitement and push back, I know it’s time to anchor in courage and step in and explore it. It reminds me of the quotation “If it's both terrifying and amazing then you should definitely pursue it.” - Érada Svetlana. I take on projects where I know I’m able to grow into them. One’s that are on the edge of my ability.

I’m inspired by working with diverse collaborators and honing a deep curiosity in fully understanding the filmmakers’ vision and the stories we are telling. Engaging with equally motivated collaborators helps keep me focused, as well as curating the world and things I surround myself with.

Did you imagine this would be your career? What would a 17-year-old Leah think of what you are doing now?

Even though I knew I wanted to become a composer when I was 16, I believe I would have expected it to look like a more traditional or structured role. A composer’s career path was not something that was visible around me, so a lot of this has been exploring, finding role models and seeking out successful ways of working it out along the way. I think a younger me would be excited by the bespoke career and possibilities that can be explored by assembling and creating it piece by piece. I see it as pulling glimmers of threads of a career together and combining them in a way that lights them all up at once.

Why did you decide to do a Bachelor of Music/Education at UNSW?

I was drawn to the program by many things. The experience of studying at an international university and pursuing an exchange with travel was so compelling. The impact of individual lessons with new instrumental teachers, the chance to learn to conduct while on exchange and the capacity to study subjects of great interest to me in addition to music were components that a large established university setting could offer. I wanted to further explore English, Psychology, and Contemporary Music Performance, and these experiences have all enlivened and influenced my creative work and approach.

What was your Bachelor of Music/Education degree at UNSW like?

The degree established a base of intellectual vigour and analytical and critical thinking from the very start. I had individual flute lessons with brilliant performers and teachers, Laura Chislett and Kathleen Gallagher, focusing on Contemporary Music that were so deepening in my understanding of music and performing and composing.

Aside from the intensive musical training, the unexpected insights in the program included explorations into Psychology, Group Dynamics and leading and affecting these, plus exploring the international side to my career by going on exchange. I also spent 2 weeks in London as Young Shakespearean Artist of the Year in my first year, which sparked this love of travel and work and international collaboration.

What is your best memory of your undergraduate studies in general?

Living in Sydney and at college on campus with so many other disciplines was adventurous and broadening. I developed rich friendships with others who were from across Australia, city and country, and across the world, and studying medicine, science and engineering, all forging their own paths. Traveling overseas to the University of Illinois on exchange was equal parts exhilarating and challenging (I arrived in Chicago in a city stopping blizzard New Year’s Day) but I felt the world open up to me while still having a base at UNSW.

Were there any a-ha moments during your degree that changed how you viewed the world or your career?

The most significant realisations were, that I was fully committed to being a practitioner, and that I had to be motivated and intentional during my degree program to land somewhere meaningful and aligned in the world. Going on exchange broadened my preconceptions about what a career in music could look like, and I became aware that sometimes we carry subconscious notions of what we should have done and by when, which can be limiting and stifling. The colleagues I met on exchange reset these and I could see the world and the possibilities for me in a greatly expanded way.

How do you feel that your Bachelor of Music/Education shaped your career?

Completing the degree was a milestone in committing to a career in creativity and music and the arts. It gave me the chance to travel and live internationally ad test my limits. I was able to experience and practice leading a group to a common creative outcome, which is something that I do now regularly at a professional level when conducting a recording session and leading a music department on a film. I learnt how to expand with my work, and create structure to hold and develop it.

What was your first job after graduation?

As I graduated from UNSW, I knew I wanted to write music for film, so I applied for the film music program at the Australian Film Television and Radio School (AFTRS) to gain experience with those specific skills and to refine and adapt my musical and technical skills to that specific medium.

Film composer Christopher Gordon (Mao’s Last Dancer, Master and Commander) was a member of my interview panel, and before I received the results of the film school application, asked me to assist him on an American film he was scoring from Sydney. So my hopes to start working in film music happened very quickly and I was very grateful to have found a long time unofficial mentor and advisor I still call on.

What is your greatest achievement to date?

Premiering at Sundance with a feature film that I had created the score for was a great public milestone for me. More significantly though, is every time I step on the podium to conduct a new project. It means I’ve aligned with a director’s vision, stepped into making a completely new creative work, and arrived at a score that’s ready to perform, record and become part of telling a much bigger story. I can also see, in the eyes of my creative collaborators (the directors, musicians etc), the impact the music is having on them as we work together to bring it into existence. It’s charged and magical.

What advice would you give to someone trying to decide if they should sign up for a Bachelor of Music/Education degree?

I would encourage them to think proactively and intentionally in curating their college experience, and to also look outside the degree program. When I was at UNSW, I did an exchange the University of Illinois for 6 months, went to the Australian Voices Composer’s school over the winter, and did an internship with the Sydney Symphony Orchestra. All of these additional experiences significantly shaped aspects of my work and thinking and ultimate direction.

Do you have any advice for current Arts & Social Sciences students?

Be aware of opportunities you feel equally excited by and a little afraid of. Let that energy, along with some courage, draw you in and take action. Build meaningful relationships. Create prototypes of your work and ideas and test them out.