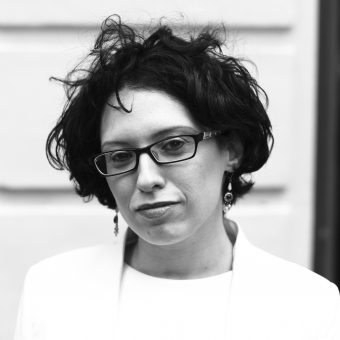 Lana Tatour is a postdoctoral fellow at the UNSW Faculty of Law and an Adjunct Lecturer/Visiting Scholar at the UNSW School of Social Sciences. Her research is located at the intersections between (settler) colonialism, postcolonial theory, social movements and resistance studies, human rights, postcolonial gender and queer studies, critical race theory, citizenship studies, and Middle East studies. She is particularly interested in how native subjectivities and modalities of resistance are constituted by and through liberal technologies of domination, and along the intersectionality of race, ethnicity, class, gender and sexuality.

Her doctoral research was awarded as runner-up in the Leigh Douglas Memorial Prize for best Ph.D. dissertation on a Middle Eastern topic in the Social Sciences or Humanities by the British Society for Middle Eastern Studies. Tatour was previously a Fellow at the Australian Human Rights Centre; the Palestinian-American Research Center; and the Franz Rosenzweig Minerva Research Center, the Hebrew University of Jerusalem. Her doctoral research has been generously supported by a dozen U.K., U.S., European and Middle East-based funding bodies and foundations, including the Palestinian American Research Center, Mada al-Carmel: Arab Center for Applied Social Research, the Council for British Research in the Levant, the British Society for Middle Eastern Studies, British Friends of the Hebrew University, and the Department of Politics and International Studies at the University of Warwick. Her MSc. studies were generously supported by the Karim Rida Said Foundation and the Channel Foundation.

Tatour completed her Ph.D. at the University of Warwick in the U.K. in 2017. She also has an MSc. in NGOs and Development from the School of Social Policy, London School of Economics and Political Science.