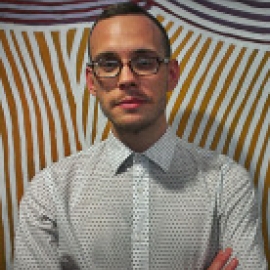 Description: For many gay, bisexual and other men who have sex with men, the Internet is a central aspect of their sexual and romantic lives. Although often trumpeted as a convenient way to meet people, online sex and dating present unique challenges for those looking to connect. Among these is how racial concepts are used to define desire or disinterest, which in Australia is a contentious issue among men who look for sex or dates online. Although recent media attention has propelled what is sometimes called ?online sexual racism? into mainstream debates, very little is known about this concept, its potential impact or men?s perceptions of it. This thesis addresses that gap by exploring concepts of race and racism on sex and dating webservices for same-sex attracted men. A mixed methods approach was adopted, which consisted of a content analysis of sex and dating profiles posted online, a national online survey of gay and bisexual men in Australia, and in-depth interviews with gay men who use sex and dating webservices. The findings across these methods suggest a diversity of attitudes exists towards race online, accompanied by individual and often situationally-dependent understandings and expressions of racism and online etiquette. The ways in which men talk about race and their online practices differ among racial groups and reflect broader Australian discourses of race. There seems to be, however, interest among some of the gay men who use these webservices to approach concepts of race (and racism) from a critical position. Nevertheless, widely differing opinions and experiences related to race remain, as does the need for further work to engage men and ask important questions about the role and impact of race among these online communities. Although many men are troubled or conflicted about ideas of race and racism as they intersect with their search for sex or romance, the overwhelming response to this as an issue was one of resignation. This thesis provides a first analysis of the complex tension between ideals of sexual liberty, the normalisation of racial prejudice, and the increasingly important online social spaces that are negotiated by gay and bisexual men.