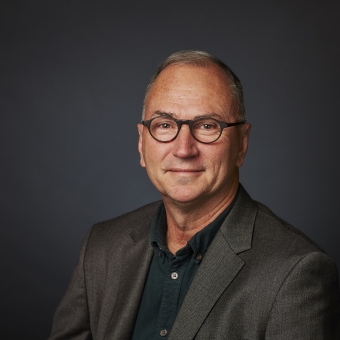 Dr Christopher Kremmer is Senior Lecturer in Literary & Narrative Journalism Practice in the School of the Arts & Media. He is available to supervise PhD and masters by research candidates in the fields of literary journalism, creative nonfiction and fiction writing. His research interests include literary, genre and narrative studies. He has also published scholarly work in media and journalism ethics, histories of science and sport, and Australian and Asian studies.

Dr.Kremmer's literary works and research have explored the borderlands and ethics of reportage, historical fiction, creative nonfiction and narrative journalism. His published monographs include The Carpet Wars: A journey across the Islamic heartlands, Bamboo Palace: Discovering the Lost Dynasty of Laos, and Inhaling the Mahatma, a portrait of the history, religion, politics and economic upheaval of contemporary India. His literary criticism has interrogated truth claims in narrative nonfiction by such Australian authors as Helen Garner, Geraldine Brooks and Anna Funder. His doctoral thesis, Truth, Testimony & Myth in the Neo-Historical Novel drew on the work of Mikhail Bakhtin, Hayden White and Linda Hutcheon to explore the use of testimony and influence of narrative in fictional and nonfictional modes of writing about historical events. His own works of book-length reportage have been published in ten countries, including the United States, Britain, India and Canada, and in Spanish and Japanese translations. A Distinguished Alumnus of the University of Canberra, he graduated with a B.A in Writing & Journalism, and was awarded his doctorate from the Writing & Society Research Centre, Western Sydney University (WSU). His books have won or been shortlisted for numerous Australian nonfiction literary awards, and have been favorably reviewed in the Times Literary Supplement(UK), the Washington Post and Chicago Tribune. A published novelist, he lives in Sydney and writes a column On Writing for the academic website The Conversation. He is Honorary Fellow of the Australia India Institute, and former president of the Foreign Correspondents’ Association of South Asia.