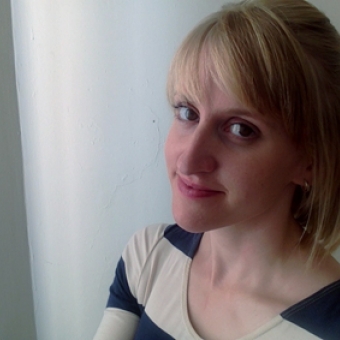 Caroline Wake is Senior Lecturer in Theatre and Performance in the School of the Arts and Media. In broad terms, she researches the relationship between politics and performance and within that she has several interests. Firstly, in theatre and migration, including the participation, representation and self-determination of refugees and asylum seekers in contemporary performance and visual art. Secondly, documentary theatres including autobiography and performed oral history. Thirdly, in the cultural afterlives of performance, including reviews, photographic and filmic documentation, archives, and representations of performance in other media. This work has been published in her edited book, Visions and Revisions: Performance, Memory, Trauma (2013, with Bryoni Trezise) as well as in journals such as Theatre Research International, Text & Performance Quarterly, New Theatre Quarterly, Modern Drama, International Journal of Performance Arts and Digital Media, and History & Memory. Most of these are also available open-access via UNSWorks.

Caroline is a Board Member (Awards Officer) of Performance Studies international (PSi), the discipline’s peak body. She is Editor of Performance Paradigm, an open-access, peer-reviewed journal devoted to contemporary theatre, performance and visual art in the Asia-Pacific. She is Associate Editor of Performance Research and recent Guest Editor, with Dr Emma Cox (Royal Holloway), of Research in Drama Education's special issue "Envisioning Asylum/Engendering Crisis".

Outside the university, Caroline serves as Board Member for PACT Centre for Emerging Artists. In 2015, she wrote the UNSW submission to, and then appeared in person at, the Senate Inquiry into the Impact of the 2014 and 2015 Commonwealth Budget on the Arts. The submission was cited in the final report. She is also a long-time theatre reviewer, having worked for RealTime arts magazine for over a decade. She now reviews for The Conversation.

Caroline welcomes supervisions in any of the above areas or contemporary performance more broadly.