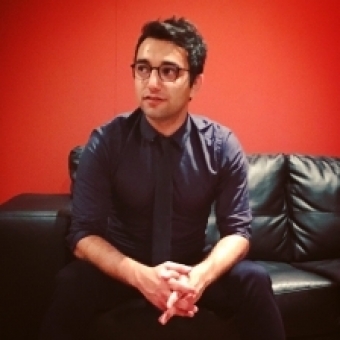 Armin did his Ph.D. in law at UNSW, Australia, on an empirical study of the use of neuroscience in sentencing in Australian Criminal Courts. He commenced his Bachelor of Law in 2007 in Iran, but his passion for science and mathematics led him to study Information Technology (IT) in conjunction with his legal degree. When he became familiar with Criminology, Armin decided to dedicate his passion to research in Criminology and Criminal Law rather than IT. He completed his Masters of Criminal Law and Criminology in 2014 in Iran. His thesis focused on the relationship between genetics and criminal law and it was subsequently published as a book titled ‘Genetics and Crime’. Armin was elected as the author of the distinguished Persian ‘Book of the Year’ in the students’ category by Iranian StudentsBook Agency (ISBA). In 2016, Armin joined the Australian Neurolaw Database Project (neurolaw.edu.au) as a research officer, analysing cases in the Australian courts that involve neuroscience. Although Armin’s main focus is on biological sciences and law, he is also passionate about the intersection between law and other areas, such as mathematics and computer sciences.

Armin is interested in public speaking and was the winner of the UNSW Law Faculty 3 Minute Thesis competition. He also participated in the Australian and New Zealand Society of Criminology (ANZSOC) Postgraduate Conference and in 2015 and 2018 won the Monash Criminology Postgraduate Prize in recognition of the most outstanding presentation. In 2017, he won the award for best presentation in Law, Technology and Innovation at the Junior Scholars Forum, UNSW.

Armin is also passionate about advanced teaching approaches and completed Foundations of University Learning and Teaching Program (FULT) and Beginning To Teach (BTT) programs from UNSW. In 2016, he delivered his teaching ideas at the UNSWLearning and Teaching Forum, Towards 2025: Inspiring Learning.

Armin was elected as Student Representative for 2017 and consequently represented the Higher Degree Research candidates ontheUNSW Law Research Committee and Faculty Board.