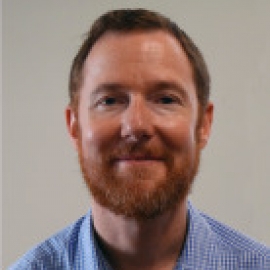 Description: We are arguably at a critical point in the history of the HIV epidemic. HIV prevention has entered a new era with the emergence of biomedical interventions such as ‘treatment as prevention’ (TasP). However, the dialogue related to these developments is polarised. Terms like ‘revolution’ have been used by some leaders in the field to forecast the end of the epidemic and this optimism is influencing the development of prevention strategy. Yet TasP has also generated criticism, particularly the perception that the public health benefits of treatment are being prioritised before individual well-being. Significantly, people living with HIV have been largely absent from the public discourse on TasP, with little opportunity to discuss their views about its potential impact on their lives. In response to this absence, the study for this thesis explored the perceptions that HIV-positive gay and bisexual men had towards TasP when the debate was beginning to influence HIV prevention strategy in Australia. A qualitative methodology was employed, which involved interviews with 22 HIV-positive gay and bisexual men in New South Wales. A modified interpretative phenomenological analysis was used to examine the data, an approach which explores how participants make sense of their world and give meaning to their experiences (Smith and Osborn, 2003). By exploring perceptions of TasP, this thesis has generated new insights into HIV-positive gay and bisexual men’s relationships with HIV treatment and their feelings about the role of treatment in HIV prevention. Trust in treatment’s effects on health was stronger than trust in its role in prevention, and most men still perceived themselves as potentially infectious despite TasP’s message that treatment reduces infectiousness and the risk of HIV transmission. However, there was also an anticipation of the potential opportunities that TasP might present for serodiscordant relationships. The implications of the study are discussed in terms of the complex challenges and opportunities that TasP presents for HIV-positive gay and bisexual men and what these mean for the HIV sector. The thesis also underlines the critical need to engage with those individuals most affected by this prevention technology who are instrumental to its success.