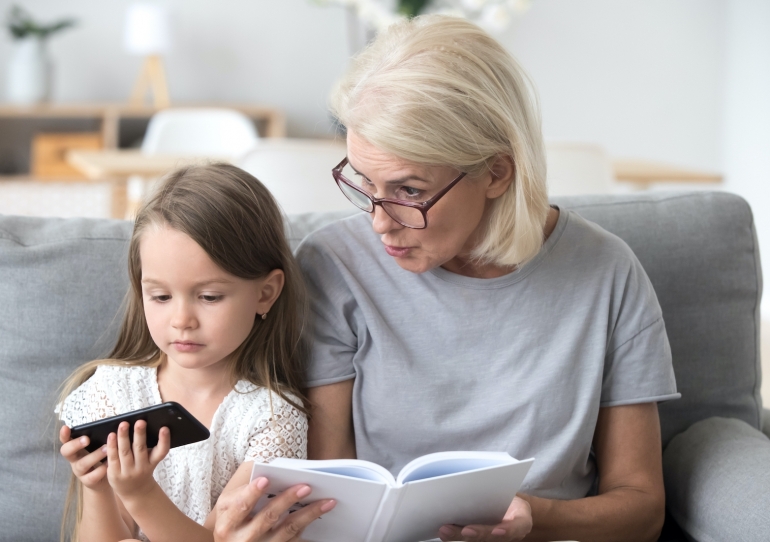 Research from the Gonski Institute for Education at UNSW Sydney reveals parents perceive digital devices as necessary for their kids’ learning but are worried about the distraction and activities they’re missing out on.

The new research report released today reveals digital media and technologies as a great distraction in Australian family life. More than nine out of ten parents think digital devices negatively distract their own lives, and 83% think their children are also negatively distracted by digital gadgets.

“Parents think that digital media and technologies have a dual power of offering children both benefits and drawbacks,” says Professor Pasi Sahlberg, Deputy Director of the Gonski Institute for Education. “Hence, we need smart solutions to address these complex challenges towards sustainable digital wellness for our youth.”

Prof. Sahlberg says perhaps the most worrying finding is that about a third of families allow their children to use their digital devices after bedtime every single day. Furthermore, three of five children who struggle in school regularly sleep with their digital gadgets.

“Although our study is not able to prove that night-time use of smartphone or computer causes difficulties to keep up good learning at school, parents should help their children to fall asleep without technology,” Prof. Sahlberg says.

According to earlier findings, two-thirds of Australian teachers observed more children arriving at school tired and often not ready to learn.

Growing up digital is also becoming an equity issue. According to the study, lower-income parents and lower-achieving students, in particular, are most at risk of distraction from interactive media use.

“This group of parents is less likely to implement effective monitoring and regulation strategies at home around the use of screens,” says Dr Amy Graham, Research Fellow at the Gonski Institute. “They’re also more likely to believe these devices are having no impact on child development.”

About half of parents surveyed say they would welcome more support from their child’s school to help them and their child to manage digital media and technologies use at home.

“Parents know they need to be role models in the safe and responsible use of digital devices at home, but they still find themselves negatively distracted by digital media and technologies,” says Dr Graham.

“These are not issues facing only schools or parents – we are all in this together. There are real opportunities for schools and parents to have better conversations about these challenges, but they need support to do this,” Dr Graham says.

Growing Up Digital Australia is part of an international research project, including Harvard Medical School (U.S.) and Alberta Teachers Association (Canada), investigating how digital media and technologies impact children’s wellbeing, health, and eventually learning at school. The report surveyed nearly 2500 parents, grandparents and caregivers and collected data about more than 5000 children across Australia on home use of digital devices by young people during the pandemic.

The final phase of the research will begin later this year and will capture the views of young people on their use of digital media and technologies.