Starting and stopping drug use over time: Gay men's perceptions of their drug use in the Flux study 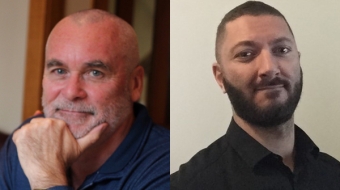 Intensive sex partying among gay and bisexual men (GBM) involves the use of drugs for sex and adventurous sex play and has been associated with HIV risk. Knowing the circumstances in which GBM commence, and stop, using drugs, and the role of dependence, is a key concern in understanding risk among GBM, both in relation to sex and in relation to drug use.

The only study of its type, Flux is a national online cohort study that examines prevalence, incidence, and factors associated with drug use over time among GBM interviewed six-monthly at follow-up. This seminar will examine drug use in the cohort, including the associations with both initiation and cessation at follow-up. In addition, we will explore views on dependence or problems with drug use, and try to understand why – despite high rates of drug use – men often held hostile attitudes to drug use among GBM in general, did not apply these views to their own gay friends. These often contradictory attitudes toward drug use seemed to reflect predominant social values as much as gay community norms.

Garrett Prestage is an associate professor at the Kirby Institute, UNSW Sydney, where he has worked since 1992. He has been active in gay community life in Australia since the mid-1970s, pioneered Australia’s behavioural surveillance work and led many of Australia’s major cohort studies among gay and bisexual men, including the Health in Men (HIM) and Following Lives Undergoing Change (Flux) studies.

After completing a Bachelor of Psychology degree with honours, Mo Hammoud commenced his PhD at the Kirby Institute where he is looking at factors that predict the initiation and cessation of illicit drug use, and their associations with pleasures and harms in the context of intensive sex partying. Mo is the project manager for the Flux Study, and the clinical database manager for two Australian PrEP trials; the EPIC-NSW study and PrEPIT-WA.