Square peg, round hole: Reflecting on the public health response to hepatitis B 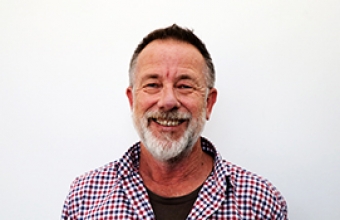 Xinyi Wu was a 19-year-old student at the Tianjin Normal University in China, when she committed suicide in April 2015 as a result of being stigmatised for being infected with hepatitis B. While there are clear clinical and public health implications from hepatitis B infection, this is just one example of why we must do better at recognising and challenging the social implications of the infection within and beyond public health strategies. In this seminar, I will discuss how and why the development of a comprehensive public health response to hepatitis B in Australia and globally has failed to respond to the lived reality of people with hepatitis B, and propose strategies for better integrating clinical and social responses moving forward.

Jack Wallace began his career in blood-borne viruses as a volunteer for the then Intravenous Injecting Drug Use Working Group at ACON in 1987 seeking to reduce HIV transmission among gay men who inject drugs. After working in peer-based needle and syringe programs, being involved or leading writing of state and national hepatitis C and hepatitis B strategies, and later establishing Hepatitis Australia, he became an accidental academic. Since 2007, he has investigated the social implications of living with hepatitis B both in Australia and China, and systematic policy responses to the infection in several countries across south-east Asia. After several years at the Australian Research Centre for Sex, Health and Society at La Trobe University, Jack is now a Senior Research Officer at The Burnet Institute and Adjunct Research Fellow at CSRH.