Roads taken and not taken in the global AIDS response 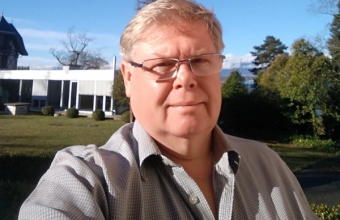 When medicine was humbled by its inability to find effective treatment or cure for AIDS, a brief space was opened up for bold experimentation in public health to create mass social change. Paradoxically, the same structures of both sexual mixing and marginalization, which were perfect vehicles for HIV to spread, were also the structural conditions for the best diffusion of innovation. However, on the global stage, support for community-driven social-change-based HIV responses had to compete with donor-driven proselytising. Having initially refused to countenance treatment support for developing countries, from the early 2000s, treatment-oriented responses came to predominate. In this seminar, I will reflect on the trajectories associated with HIV diagnosis, HIV prevention, TasP and PreP (treatment as prevention and pre-exposure prophylaxis), as well as the neglect of local responses and approaches informed by behavioural economics and the science of complex adaptive systems.

Michael Bartos joined the Joint United Nations Programme on HIV/AIDS (UNAIDS) in 2000, initially as senior policy adviser and speechwriter to the Executive Director. He then represented the organization in Central America, headed HIV prevention and strategy units in Geneva headquarters, and from 2013 to 2016 was UNAIDS Country Director in Zimbabwe. Before moving to UNAIDS, he was a Research Fellow in Australia’s HIV social research programme at Macquarie and La Trobe universities. Michael has an M.Ed from the University of Melbourne, a disciplinary background is in health sociology and philosophy and has published widely on HIV prevention, investment and impact, as well as on governmentality, Foucault and sexuality. After leaving UNAIDS in 2017, he held a 3-month residency at the Foundation Brocher on the topic of “Taming Frankenstein’s new monsters: towards a framework for posthuman ethics”. He then returned to Australia to pursue research into posthuman ethics. In 2018 he was appointed an Honorary Associate Professor by the ANU’s College of Arts and Social Sciences.