The return of the lesbian in Sydney's drag king scene 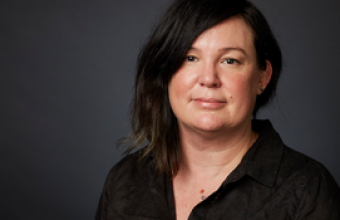 Drag kings – performance artists (usually female but also other gender diverse individuals) who consciously perform masculinity as live entertainment – became a beloved feature of Sydney's lesbian social circuit for over a decade, particularly at The Sly Fox Hotel. The end of these performances in September 2012 represented the death of a pivotal social scene, aligned with the contemporaneous decline of iconic lesbian bars the world over. In this seminar, I will reflect on my doctoral research (PDF) which explored the conditions of precarity which have characterised the local urban night-time economy for same-sex attracted women. Expressions of loss articulated by lesbian and queer women at the time of the scene's demise reveal complex relationships between 'queer identity', 'lesbian space' and the perception of an ever-present threat of the 'straight white man' on the durability of lesbian social scenes.

Dr. Kerryn Drysdale is a research associate at the Centre for Social Research in Health at the University of New South Wales, working on a number of funded projects relating to the social implications of blood-borne virus prevention and treatment. Her disciplinary background is in cultural studies, and her research interests lie broadly in LGBTQ cultures and social spaces, urban night time economies policy and activism, and social justice initiatives around substance use among same-sex attracted and sex/gender diverse people. Kerryn’s doctoral research, awarded in 2016 from the University of Sydney, examined the Sydney drag king scene, with a specific focus on the intersection between individual participation and collective investments that produce social meaning around LBTQ cultural practices.