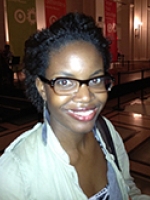 This seminar will comprise a personal reflection by Ekua Yankah on her mission to Monrovia, Liberia in July and August 2015 as the Ebola epidemic was declining in West Africa. Ekua was hired as part of a two-person team on behalf of the United Nations Population Fund (UNFPA).

"The aim of our mission was to update the Ministry of Education’s HIV and Life Skills Curriculum and for me to develop a complementary sexuality education curriculum targeted to out-of-school children and young people. In order to realise our goal we facilitated the late Dr Doug Kirby’s 5-day logic framework training Reducing Sexual Risk Behaviour Among Young People for a large group of government and NGO stakeholders. The same group of stakeholders also attended our 5-day curriculum design workshop. We encountered many challenges along the way – not the least regular reports of rape occurring among girls of school-going age all over the country, and a nation emerging from the Ebola crisis that claimed 4,809 deaths, the hardest-hit in the region".

Please see this report (PDF) for background information prior to attending the seminar.

Dr Ekua Yankah is an Afro-German social scientist and activist. She is a former Programme Specialist with the Section on HIV and AIDS at UNESCO headquarters in Paris where she initiated and led UNESCO’s Global Programme on Sexuality Education. Since 2010 she has been working as an independent consultant for various United Nations agencies. In early 2015 Ekua was appointed Adjunct Lecturer in the Centre for Social Research in Health, where she works with Scientia Professor Peter Aggleton. Ekua holds a PhD in Social Epidemiology from the London School of Hygiene & Tropical Medicine, University of London and a Masters in Public Health from George Washington University.

Refreshments and an opportunity to meet the speaker and CSRH colleagues will be provided after the seminar.