The Future of Drugs 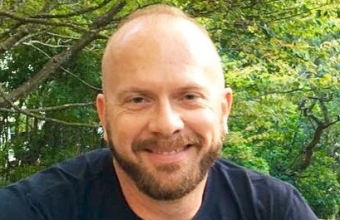 The association of stimulant use with sexual risk-taking has dominated concerns around gay men’s recreational drug use. But sexualised drug use is associated with a range of other problems, including dependence, mental health issues, accident and overdose. A growing body of work in the Alcohol and Other Drugs field demonstrates the action of drugs and their purported effects to be a product of their relations with various other actors, contexts and practices.

In this talk, Kane outlines some of the conditions most likely to mediate drug futures among gay and MSM in the medium term. Complex historical connections exist between sexual minoritisation and desires to chemically alter bodily experience. For gay men, drug and alcohol use can be a creative or experimental response to social marginalisation – and not necessarily a problematic one in every instance. Kane argues that public funding for LGBTQ drug issues should not remain restricted to questions of HIV prevention and sexual health, but address the relation between sexual normalisation and drug harms more broadly.

Kane Race is Associate Professor of Gender & Cultural Studies at the University of Sydney. He is the author of Pleasure Consuming Medicine: the Queer Politics of Drugs (2009) and Plastic Water: the Social and Material Life of Bottled Water (with Gay Hawkins and Emily Potter, 2015). He is currently completing a book manuscript based on research conducted for an ARC Discovery project Changing Spaces of HIV Prevention called The Gay Science: Intimate Experiments with the Problem of HIV. He is an active volunteer for Unharm, a Sydney-based activist organisation committed to drug policy reform.