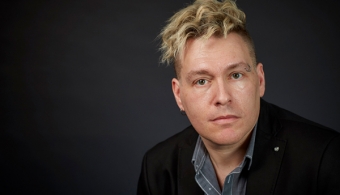 Through digital cultural practices, new norms and counter-norms have emerged among younger people to describe gender, sexuality and relationships. An array of labels, categories and descriptors are both more expansive and more specific than either the traditional hetero/homo dichotomy or LGBTQI labels. The emergent configuration includes over one hundred terms and combinations, such as heteroflexible, asexual, homoflexible, sapiosexual, nonbinary, a-romantic, pansexual and many others. Examining interview data from an ARC Discovery Project on queer youth support and belonging across two generations, this presentation accounts for the digital emergence of “micro-minority” taxonomies of sexual/gender identity, theorising new social practices in terms of digital affordances, while presenting a framework for understanding the implications of new, meaningful languages of identity categorisation for social theory.

Rob Cover is Associate Professor and Head of Media and Communication at The University of Western Australia. He is a Chief Investigator on a current ARC Discovery Project examining the history, conditions and frameworks of LGBTQI youth sexuality support. He has published widely on topics related to digital media/communication in the context of identity, youth, wellbeing and resilience. His recent books include: Queer Youth Suicide, Culture and Identity: Unliveable Lives? (Routledge 2012), Vulnerability and Exposure: Footballer Scandals, Masculinity and Ethics (UWAP Scholarly 2015); Digital Identities: Creating and Communicating the Online Self (Elsevier 2016) and (forthcoming from Routledge in 2018) Emergent Identities: New Sexualities, Gender and Relationships in a Digital Era.