‘The blokes get all the recreational sex, and we have to have meaningful sex’: Historicizing lesbian sexual health activism in Australia 1980s-1990s 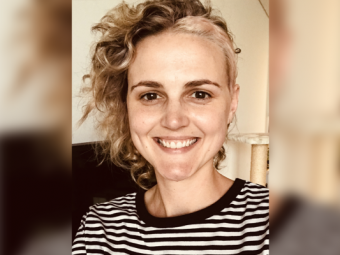 In Sydney and other metropolitan cities around Australia from the early 1980s, lesbians and queer women were more visibly asserting their presence as sexual subjects, both in relation to and separate from the gay male scene. Several in Sydney especially asserted their presence in the often-male dominated leather, fetish, kink and SM subcultures, and here explored new possibilities for lesbian sexual exploration and expression, creating their own spaces along the way and redefining the sexual landscape of Sydney. In this paper I draw upon a selection of over thirty oral histories I collected as part of my PhD thesis on the development of lesbian feminist activism in Australia between the 1970s and the late 1990s to highlight the emergence of dynamic and varied sexual health activism and resources by and for lesbians and queer women. I will consider how, in the broader context of second wave feminism and the HIV/AIDS crisis, lesbian activists illuminated the ways in which lesbian sexuality continued to be overlooked, and therefore under-resourced, and trace what some of my informants considered to be a ‘lesbian sexual revolution’.

Dr Sophie Robinson researches and publishes on the history of late-twentieth century feminisms, the history of Australian lesbian and queer communities since the 1970s, and Australian masculinities. Her PhD thesis, titled ‘The Lesbian Presence in Australian Feminist, Gay and Queer Social Movements, 1970s-1990s’, explored the transformation of Australian lesbian communities via feminism and radical activism over three decades. Sophie also records and works closely with oral history interviews. She is the Secretary of Sydney’s Pride History Group which aims to collect and preserve the oral histories of Sydney’s LGBTQI+ communities.