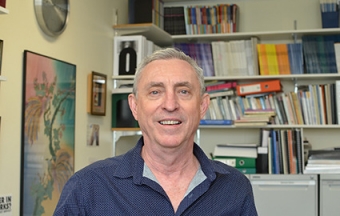 In coining the term 'post-AIDS' 20 years ago, I was noting then the dissolution of a singular and unified experience of HIV and AIDS for gay communities that had been the case until that time. Not only were HIV+ and HIV- gay men having increasingly different experiences, but divergent trajectories were opening up. Since then, many other factors have been coming into play, e.g. age and generation, the ascendancy of the biomedical and the technosexual, and the supremacy of neoliberal politics (including sexual politics). Now, if gay men are to survive as such, what issues other than HIV and AIDS ought to command our attention? Do we need to rethink how we situate HIV and AIDS within the larger framework of gay men's health and lives? Are we finally returning to the original gay liberation agenda of the eradication of difference, or simply being seduced by our success at intimate citizenship and are happy to pay its price? This might be just a question of politics, or it could be a question of theory. This paper is the start of an exploration of these issues.

Professor Gary W Dowsett, PhD, FASSA, is Deputy Director at the Australian Research Centre in Sex, Health and Society at La Trobe University. A sociologist, he has long been interested in sexuality research, particularly in relation to the rise of modern gay communities. Since 1986, he has been researching the HIV epidemic, particularly in Australia's gay communities, and has worked on many international HIV/AIDS and sexual health projects since the late 1980s. From 2002 until 2009, he was Associate Professor in Clinical Sociomedical Sciences at Columbia University, New York. In 2003, he was elected to the International Academy of Sex Research. In 2005, he was awarded a Victorian Health Foundation Senior Research Fellowship for a five-year study of men, sexuality and health, and in 2006 was appointed to a Personal Chair in Sex, Health and Society at La Trobe University. In 2008, he was admitted as a Fellow of the Academy of the Social Sciences in Australia. His current research focuses on: (1) young adults and sexual health; (2) gay men and sexual recovery after prostate cancer treatment; (3) young men body image and steroid use; (4) concepts of sexuality and gender, and poverty and disadvantage in international development; and (5) social and ethical aspects of HIV Cure research. In 2014, he was appointed Adjunct Professorial Fellow at the Centre for Social Research in Health at UNSW.